Home NEWS POLITICS I Will Break The Bureaucracy In Civil Service, New Head Of Service... 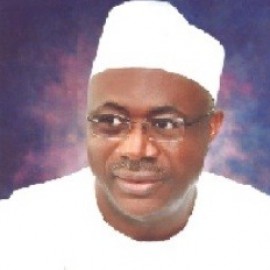 The new Head of Civil Service in Nigeria, Danladi Danladi Irmiya Kifasi has vowed to drastically reduce the level of bureaucracy in the service, especially the limit to which files can be treated.
He made it clear that he would set an ultimatum for civil servants within which they should treat any file before them and that any servant who allows file to stay on his table for more than 14 days, would be made to face serious reprimand.
Kifashi, who spoke to newsmen at the Presidential Villa, shortly after he was sworn in today by President Goodluck Jonathan said that he was determined to turn the civil service around in line with the transformation agenda of the present government.
He said that one of the first things he would do as he assumes office is to open website and other line of communications as avenues for receiving feed backs from Nigerians on the performances of the civil servants to him directly.
The Head of Civil Service, who hails from Taraba state, made it clear that there would be no hiding place for lazy and corrupt civil servants, even as he promised that hard working and honest ones would be adequately rewarded.

“We are going to set up structures that will give us feedback for example I personally will set up a call centre and a blog, a website, twitter, so that people who have complains about their mails not being treated in good time can call or write in to me directly so that they can have a response.

On the handling of staff from his experience as an accountant, he said: “you are very right in the sense that anywhere you play by the rule people think you are harsh or difficult but that is why we are there to ensure that rules and regulations are complied with.” [myad]