Home FEATURES With President Buhari As Rallying Point, APC Convention Will Be Hitch-Free –... 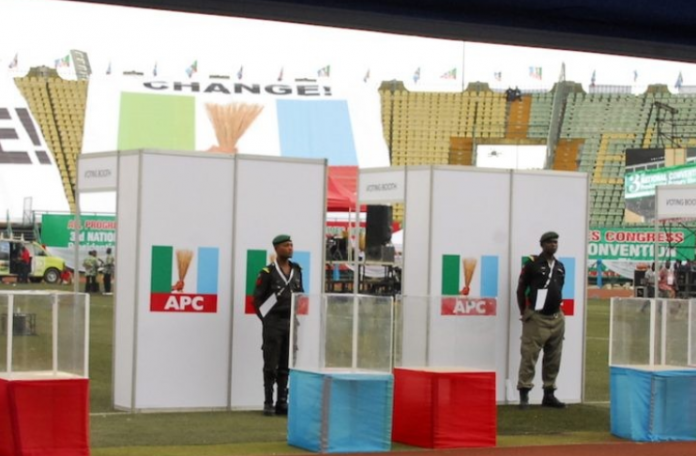 An elected delegate to the national convention of the ruling All Progressives Congress (APC), Osita Okechukwu, has expressed confidence that with President Muhammadu Buhari as the rallying point for the party, the forthcoming convention will be hitch-free.

He said: “To be honest, in spite of conflicting reports of parallel congresses, one envisages a hitch-free national convention of our great party, APC, on June 23. This is because we have President Muhammadu Buhari, who from every index is the presumptive consensus candidate, come 2019 Presidential election.

“Mr. President is more like a guardian post for our great party. He is the canopy covering us all from bad weather.”

Okechukwu, who is the Director-General of the Voice of Nigeria (VON), said that all the tendencies and factions had a common ground, which is the endorsement of President Buhari.

“In addition, those who lost in the congresses are not only loyalists to Buhari, but are aware of the truism that they were swimming against the tide of the provisions of APC’s Constitution.

“The constitution mandated the National Working Committee, subject to the approval of the National Executive Committee to make rules and regulations for nomination of candidates”.

“Nobody has the right to reverse the national delegates list validly elected during the local government congress,’’ he said.

According to him, with such iconic leader like Buhari, loyalty is enhanced. Loyalty to one leader minimises intra-party conflict. It could have been different if we have two strong presidential contenders.

“Our collective support for Mr. President makes it easy for reconciliation in APC before the 2019 general elections.”