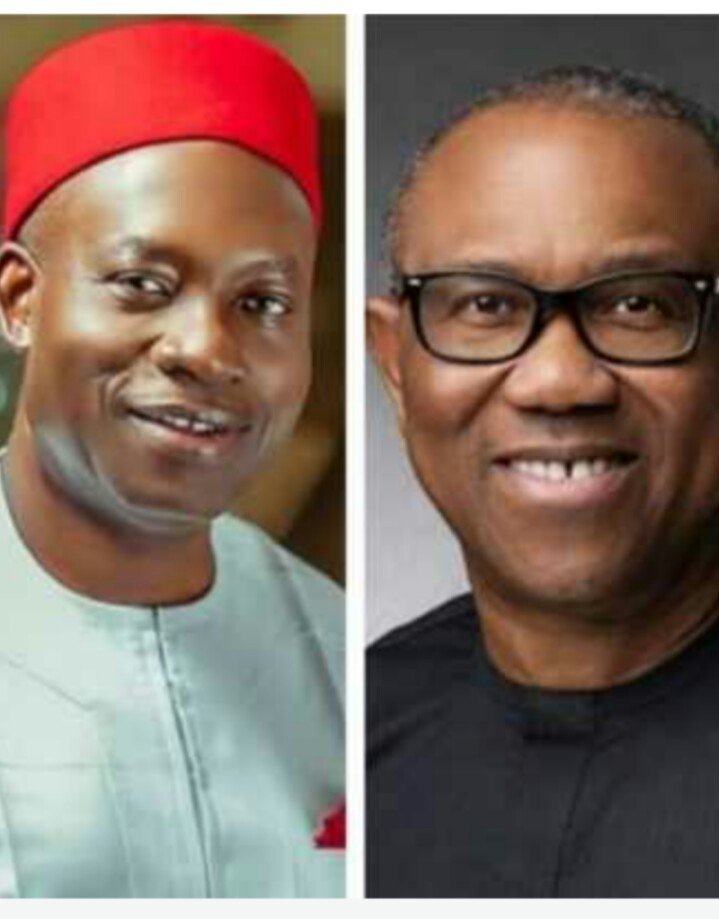 Presidential candidate of the Labour Party (LP), Peter Obi has admitted that Governor Chkwuma Soludo of Anambra State is more intelligent than him.
He said: “he (Soludo) is a Professor and I am a trader. And so he should put right where he thinks I went wrong when I was governor of the state (Anambra).”
Speaking to a group of supporters, whose video is trending in the social media, Peter Obi said that he would not join issues with Soludo who had said in a writeup yesterday, November 14 that he (Obi) cannot win the next year’s election, among other things.

Governor Soludo had also said that the investment which Peter Obi, who was Anambra State Governor between 2006 and 2014, made in the State as Governor worth nothing.

In the 4008-word piece, Soludo dismissed Obi, one of his predecessors, as a joker in the 2023 race, saying he would only deplete the votes of former Vice-President Atiku Abubakar of the Peoples Democratic Party (PDP) and widen the chances of Asiwaju Bola Tinubu of the All Progressives Congress (APC).

Tracing the multiple defections of Obi from the All Progressives Grand Alliance (APGA) to PDP and Labour Party, which he described as “transit camp” for aspirants who lost primaries, the governor said Obi himself knows that he cannot win.

Soludo’s letter was titled, “History Beckons and I will not be Silent (Part 1)”

However, Peter Obi said that governance is a continuous exercise, adding that there’s no way he would have completed everything about the development of Anambra State in eight years of governance.

“He can continue to develop the state from where I stopped, more so that he is a Professor while I governed the State as a trader.”
He said that whatever happens, Soludo would remain his brother for whom he has greatest respect.

“He (Soludo) remains my brother, we are very close. I remain prayerful for him. For other things which I didn’t succeed, God has given him opportunity to do it and succeed.

“So, if there is anything pending, governance doesn’t finish, people are still in government in America, so you stop where you will stop, other people will continue from there.

“He is the governor of the state; he is my senior brother, he is even more intelligent than me because he is a professor, I am a trader, so he knows more and will be able to do things better than I am doing it.

“I have done my little own as a trader, now the professor is there, he will do his own as a professor, the schools I didn’t roof he will roof them, that’s how government goes.”

The former Governor said he left the office with the savings of 75 Billion Naira, adding that his administration saved 50 million dollars each in Access, Diamond and Fidelity banks with an interest rate of 6.5%.

“The one they said is worthless, we invested 3.5 billion naira in International Breweries…that facility is there employing directly and indirectly over 10,000 Anambarians. The shares was at a time being sold at N50, today the shares is about N5 or so.

He said that he left the office without owing any contractor, supplier who had executed their job, citing the examples of Innoson Motors and Zinos Computers.