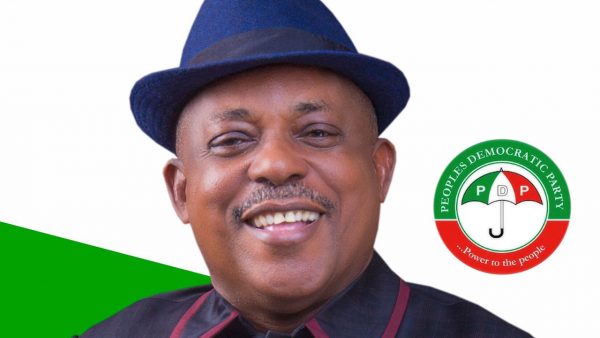 The Peoples Democratic Party (PDP), has said that nobody, not even the Ebonyi State Governor, Dave Umahi, who quit the party today, November 17 and joined the ruling All Progressives Congress (APC), is bigger than the party.

“As we wish Governor Umahi all the best in his adventure, we call on the members of our party to remain calm and committed to the ideals of our party as no individual is bigger than the PDP.”

The National Publicity Secretary of the PDP, Kola Ologbondiyan, who reacted in Twitter handle, to the defection of the governor, who was elected and serving under the PDP, remarked: “Our party thanks Governor Umahi for services rendered to the people of Ebonyi State, as the State Chairman of Ebonyi PDP (2003 to 2007); deputy governor of Ebonyi State (2007 to 2015) and two-term governor of Ebonyi (2015 till date), all elected on the platform of the PDP.”