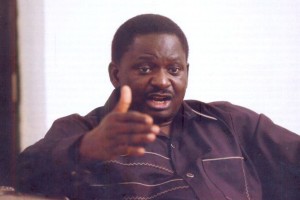 Nigeria Presidency has confirmed that the nation’s Chief of Naval Staff, Vice Admiral Ibok-Ete Ekwe Ibas is due to retire from service next week but that the government has not picked his replacement.
Special Adviser to President Muhammadu Buhari on media and publicity, Femi Adesina, in a statement reacting to media report that the retiring Chief of Naval Staff has been replaced by the President along with the Chief of Defence Staff, General Gabriel Olonisakin, Adesina described it as a fictitious story.
“General Olonisakin is due to retire from the Army next week, having satisfied the official number of years in service. He is yet to be replaced. But the Chief of Naval Staff has a short while more, and President Buhari could, therefore, not have approved his replacement yet.
“This administration has repeatedly pledged commitment to transparency and accountability, and one of the hallmarks of that is making information available to the media.
“But when some sections of the media would rather speculate, than cross-check and double check information, then it borders on deliberate mischief. That, surely, is not the way to go, for national cohesion and development.” [myad]