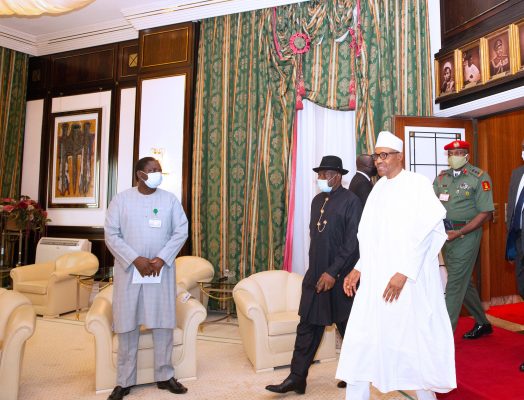 President Muhammadu Buhari will participate in the 59th Ordinary Session of the ECOWAS Authority of Heads of State and Government in Accra, Ghana on Saturday, June 19.

A statement today, June 18 by the senior special assistant to the President on media and publicity, Malam Garba Shehu said that the President, who will depart Abuja tomorrow, June 19, will join other Heads of State of Government of ECOWAS for the mid-year statutory meeting of the regional bloc, with the exception of Mali, which was recently suspended from the group.

The statement said that former President Goodluck Jonathan of Nigeria, who is the ECOWAS Special Envoy and Mediator to Mali, is expected to present a report on his latest working visit to the West African country to the Summit of the Heads of State.

It said that the Heads of State and Government will also receive a report on ECOWAS institutional reforms, single currency programmes and a memorandum on the proposed mechanism of rotation of ECOWAS Member States’ candidature to the Chairmanship of the African Union.

It said that a communiqué will be issued at the end of the Summit.

It said that the President is expected back in Abuja at the end of the Summit.