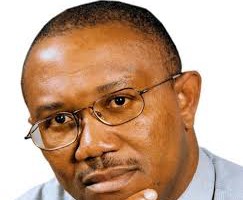 The former Federal Minister of Health and an elder statesman, Professor ABC Nwosu, has described the Vice Presidential Candidate of the Peoples Democratic Party (PDP) in the 2019 elections, Peter Obi, as one who is not only annoyingly stingy, but has a legendary level of frugality that helped him to manage state resources prudently as the Governor of Anambra State.
Nwosu, who spoke to newsmen, said that Obi’s stingy nature significantly helped him in not only prudently managing the little resources available in the State then, but aided him in saving enough resources for the state.
“Peter Obi excelled in prudent management of the lean resources.
“Peter Obi, being a businessman, made sure the resources were there and made sure that he didn’t borrow.
“He also saved a lot of money, especially foreign exchange, and got us to invest in new things like the brewery at Onitsha.”
Recalling the build-up of events preceding Obi’s election into Anambra State’s governorship position, Nwosu said he decided not to contest against Obi in that election because he saw in him a young man “who could dance better” and deliver good governance to the people.
He agreed that the then Peoples Democratic Party-led government of Chris Ngige did a good job in terms of infrastructural development, but, as expected, Obi laid the foundation for educational and industrial revolution in the State.
“PDP brought Ngige and Ngige sprang a surprise in infrastructure.
“With all the problems he had, he was not bad.
“He came a long way.
“But the person who pushed the dream to where we were going was Peter Obi.
“He came and did the one thing that we would have done before, handing over schools to the Missions with money to run them.
“And Anambra State, within a space of one or two years, came from the bottom to the top.
“For me that is how governance should be measured.
“I am especially proud of Peter Obi for this humility in high places, frugal management and building up of resources especially opening up of education to the highest level and for laying the foundations for industrial development and investment of Anambra’s resources.”
Nwosu praised Obi for what he described as his moderate lifestyle which impacted positively on his governance of the State and helped him leave enough savings behind.