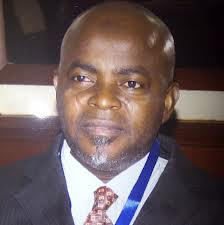 A professor of Law and Political Science, Mojeed Alabi, has formally declared his interest to contest for the post of Speaker of the incoming House of Representatives.

Alabi, who was elected on the platform of the All Progressives Congress (APC) for Ede North/ Ede South/ Egbedore/Ejigbo Federal Constituency made the declaration on Thursday in an expression of interest letter released in Abuja at the ongoing induction program for incoming members of the 8th National Assembly.

In it, the University don with vast practical and theoretical experience in lawmaking and parliamentary practice said ”The 8th House of Representatives of the Federal Republic of Nigeria is like no other. Majority of the Members are newly elected into the Green Chambers of the National Assembly, with the democratic dictate of having its way in the choice of the Speaker. ‘

He added that “While the Standing Orders of the House requires “legislative experience” in the National Assembly {Order II Rule 4(a)}, the Constitution permits the Members to elect the Speaker “from among themselves” {s 50(1)(b)}.”

The PhD holder in Political Science from University of Ibadan and PhD from University of Leicester added that” Honourable Members can, as a matter of necessity, avoid a possible collision between the majority ‘first timers’ and the returnees by electing a Speaker that not only meets the requirements of cognate legislative experience enshrined in the Rules but also capable of enjoying the confidence of his/her peers. Stability of the House requires nothing less.”

The former Speaker of Osun State House of Assembly stressed that ‘‘In the light of this, I hereby present myself to all the elected and re-elected members of the HRs, for an opportunity to serve you as Speaker, taking into cognizance my antecedents, viz:

“Skills: Negotiation and conflict management; Expert drafting and letter writing; Training and Research; Oral and written presentation; Good working knowledge of ICT; Good command of the Use of English and familiarity with the French language.

Vision: A virile legislature that constructively engages the government for political stability and economic prosperity.”

The Best Overall Student in Political Science (University of Ife, 1984);

He is the author of

– December 1998 – Withdrawal of Service from the University for practical politics

Representative of HOD Political Science on the Faculty Board of Law, 1995-1998·

Representative of the Dean of Social Sciences on the Faculty Board of Law, 1996-1998·

Member, Editorial Board, ·Journal of Law and Conflict Resolution (JLCR), 2009 to date

Member, Editorial Board, ·Journal of Alternative Perspectives in the Social Sciences, 2009 to date

Legal Practice: Barrister and Solicitor of the Supreme Court of Nigeria, since 1993·

Fellow, Journal of Alternative Perspectives in the Social Sciences·

Bio: Born about 53 years ago, Professor Alabi is married to Alhaja Silifat Olarike Alabi (MPA, NIM), and the family is blessed with children.