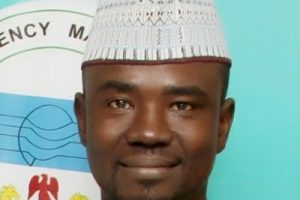 The publisher of PRNigeria, Mallam Yushau Shuaib has slammed a libel suit, before Justice Suleman Bolaji Belgore of an Abuja Federal High Court, claiming total damages of N500 million from a former military apologist, Mr. Terrence Kuanum.
Yushau is claiming the N500 million from the defendant as general and exemplary damages for defamation of his character through publications in several online media on February 1, 2020.
In the writ of summons with reference number CV/1705/2020, dated June 3, 2020, and issued against the defendant, the plaintiff claimed that the libellous words against his reputation and public image were contained in a rejoinder entitled: “A Rejoinder to An Impenitent Boko Haram Empathizer, Yushau Shuaib, Spleen in Memo to President Buhari on Service Chiefs” published on many online media.
The plaintiff claimed that on January 28, 2020, he wrote a widely published article entitled: “Memo to President Buhari on Service Chiefs.” In the said article, Shuaib claimed that he had argued for the present Service Chiefs to be let go when the ovation is still audible and after giving the best of their skills to the nation while also allowing a smooth progression in service through promotion of other competent military officers, adding that his position was anchored on the necessity of enabling a new cadre of officers to come through in the national security architecture if the war on terror must be won.
However, the plaintiff further claimed that to his surprise, a few days after, he came across several online publications where he found the offending article targeted at him by Terrence.
He said that the publications damaged his professional reputation and caused him considerable distress, embarrassment and also exposed him to hatred, odium, contempt, scorn and isolation by colleagues and associates.
He said that his name was directly mentioned and described as terrorist empathizer and terrorist spy proxy, adding that the information in the defendants’ publications was false, malicious and defamation with the sole aim of maligning and destroying his hard-earned reputation, goodwill and good standing in the Nigerian media community.
Besides, the plaintiff averred that he has suffered irreparable personal and economic injury in his business because the defendant maliciously referred to him as “Shuaib is only a quack reporter.”
The plaintiff asked the court to grant him all his reliefs and against the defendant as he pleaded several documents including the printout of the offending publications to be relied upon during the hearing of the case.
Meanwhile, the court has issued the order for the substituted service following complaints by a lawyer to the plaintiff, Barrister Yunus Abdulsalam that the military apologist has been evading service of the court process.
The lawyer had informed Justice Belgore in an application that the defendant could not be reached since the matter against him was filed in June 2020.
He, therefore, sought the court order that the court process and the hearing notice be served on the defendant by pasting at his last known address or vie his WhatsApp Number or email address.
After listening to the counsel, the Judge granted the requests and ordered that the defendant be served with the originating summon and the hearing notice.
Justice Belgore subsequently fixed July 14, 2021, as the return date for the report of service on the defendant.

See also:  Buhari To Archbishop Josiah: You Are A True Friend, Well Educated