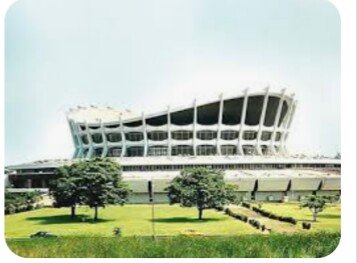 Rehabilitation of the first phase of the National Theatre, Iganmu, Lagos, spearheaded by the Central Bank of Nigeria (CBN), with N65 billion has been completed.
Bankers’ Committee, led by the CBN, in 2020, collectively agreed to invest over N65 Billion to rehabilitate the National Arts Theatreand
The Director, Corporate Communications Department of the CBN, Osita Nwanisobi, who confirmed the completion of the first phase of the rehabilitation, in a statement, said that the theatre is set to host a
conference on “Linking tourism, culture and the creative industries: Pathways to recovery and inclusive development,” by the United Nations World Tourism Organisation in conjunction with the Federal Government of Nigeria. The conference will hold between November 14 and 16, 2022.
Nwanisobi said that the rehabilitation was carried out also in close collaboration with the Federal Ministry ofInformation and Culture (FMIC), the Ministry of Youth and Sports Development, and the Lagos State Government.
He said that over the last 18 months, a complex rehabilitation project has rebuilt the heart of the National Theatre with more than 70 historic sculptures, mosaics, resin, brass and wood friezes, as well as stained-glass artworks that formed part of the original design, with each needing to be protected during renovation or, in some cases, removed and restored before being replaced.
“When the second phase of the rehabilitation works is complete in March 2023, the National Theatre will be restored to its original glory. A 5,000-seater main amphitheatre, comparable to anything else in the world will sit at its heart, flanked by two world-class cinema rooms, banquet halls and a library.
Nwanisobi said that the project is not just about restoring a building, but about creating an ecosystem of support for the creative sector as part of what is called the LagosCreative & Entertainment Centre (LC&EC).
“The theatre will be at the heart of a more significant development of hubs focused on supporting emerging talent in the music, film, fashion, and IT sectors,” he added.
The creative hubs are built on portions of land within the 44 Ha site. The first phase, known as the “Signature Cluster” consists of a building each for Fashion, Music, Film and IT and support facilities, including a 250-car park block, a police station, a fire station and a visitors’ Welcome Centre which will house commercial and retail facilities, administration and management offices.
Also commenting on the completion of phase one, the Governor of the Central Bank of Nigeria, Godwin Emefiele said: “The National Theatre is one of the symbols of Nigeria’s culture and heritage and must be at the heart of our work to enhance and celebrate the creative industries.
“The completion of phase 1 is a demonstration ofthe outcomes we can achieve when we work together as the public and privatesector.
“The Central Bank has been able to bring together the diverse set of stakeholdersrequired to ensure that this project is delivered, from the Bankers Committee to theMinistries of Information and Culture, and Youth and Sports Development, and theLagos State Government.
“We thank Mr. President for his overwhelming support thathas made the restoration of this national iconic symbol of arts and culture a reality. “Together, we are not just restoring the National Theatre to its former glory, but weare establishing the wider foundations on which we can build a truly world-classcreative sector, at home.”