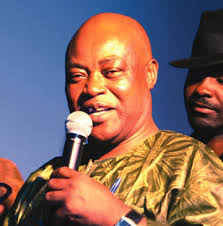 All Progressives Congress (APC) has recanted over a statement describing former Chairman of the Economic and Financial Crimes Commission (EFCC), Mallam Nuhu Ribadu as a political prostitute who has committed political suicide by defecting to the Peoples Democratic Party (PDP).

The party withdrew its statement lambasting Nuhu Ribadu today, according to the Rivers State branch of APC, in a reciprocal gesture.

Chief Eze Chukwuemeka Eze, Senior Media Aide to the Rivers State Chairman, Dr. Davies Ibiamu Ikanya wanted members of the public to “disregard our release titled “Ribadu Got it Wrong on Amaechi…” as Ribadu has disowned statement against Amaechi, Kwankwaso.”