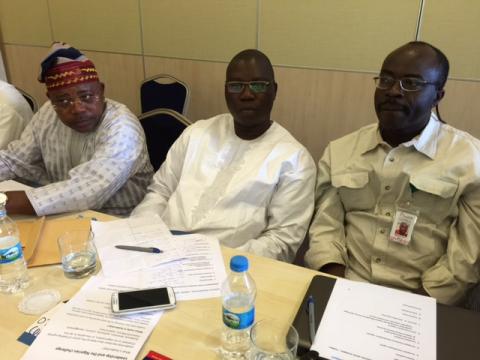 The countries that make up the Scandinavian have approved the teaching of Yoruba language in their schools.
The Scandinavia, made up of Norway, Sweden, Denmark, Finland and Iceland, gave the approval late in 2014.
This revelation was made yesterday by the Sweden Coordinator of the Oodua Progressive Union (OPU), Victor Mobolaji Adewale, during the Europe meeting of the Union.
The meeting was held in Istanbul, Turkey.
Adewale, who also emerged as the Deputy Coordinator of the body in Europe, said the approval followed the well attended launch of the Union in Sweden on November 29, 2014.
He said that it was attended by government officials from the Scandinavian countries who thereafter okayed the teaching of Yoruba language in their schools.
He said the Union also has the OPU radio functioning in the Scandinavian countries, using it as a medium of popularising the Yoruba language and reaching out to people of like minds.
“We are happy to report that the Yoruba language has got the approval of the authorities for it to be taught in schools in the Scandinavian countries.
“It is a major breakthrough for us in popularising our mother tongue.
“We look forward to doing more.”
The Convener of the OPU and National Coordinator of the Oodua Peoples Congress, Otunba Gani Adams, who expressed happiness at the development, said one of the reasons for the summit was capacity building.
Adams advised the Europe chapters of the OPU to be aggressive in expanding their coasts by building more chapters.
He said the duty and responsibility of the European chapter should be to cover 25 countries out of the 28 in Europe.
He said the OPU can use Europe as a base to mobilise others.
Adams told the meeting that OPU was now present in 56 countries, adding: “Protecting the image of Nigeria important.
“Liaise with the embassies, the Missions of Nigeria in all the countries where you are based.
“They are the representatives of Nigeria out here.”
Adams also implored the members of the OPU to operate with singleness of purpose, adding: “If there is no unity, nothing can be achieved.
“We are building the OPU for the benefit of the Yorubas.
“We will soon expand strongly in America.”
The Publisher of Freedom Online, Gabriel Akinadewo, delivered a lecture on: “Leadership and the Nigerian challenge.”
Akinadewo advised members of the OPU to develop leadership capacity in order to run a truly strong organisation.
Among those who attended the meeting was the paramount ruler of Arigidi Akoko in Ekiti State, Oba Yisa Olanipekun.
One of the major highlights of the meeting was the emergence of the executive members of the Europe chapter.
The Coordinator of the chapter is Akogun Banjo Ojo, while Adewale became the Deputy Coordinator.
Members of the Europe chapter of the OPU also agreed to commence the construction of an estate in Ikorodu area of Lagos State.
The land for the project was provided by Adams at a subsidized rate. [myad]