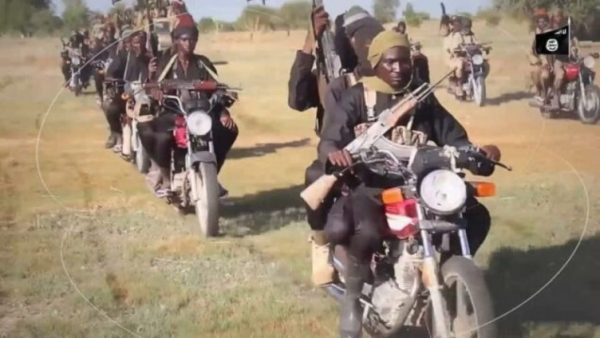 The air component and ground troops of Operation Hadarin Daji have recorded a major victory after eliminating terrorists in Malele Village of Dansadau Local Government Area of Zamfara State.

A defence intelligence operative said that the security services mobilized their troops in launching a series of attacks and airstrikes against those warring bandits coming from different parts of the country.

“Both the Nigerian Army and Nigerian Air Force (NAF) operations are yielding fantastic results in the area with several terrorists being eliminated as the battle is still on.

“Bandits who were fleeing from NAF airstrikes ran into a small village called Mutunji to take refuge. After ensuring that civilian lives in the village were not at risk, the NAF aircraft undertook a precision strike at the exact location while the ground troops cleared the fleeing bandits in their escape bids

“The intent of the strike was no doubt achieved as it neutralized over 40 of the terrorists who were holed up in a building in the village. Few civilians were however injured with no life-threatening injuries.”

This was even as information has shown that terrorists’ kingpins, Halilu Jan Buzu, Turji, and Adamu Aleiru are making efforts to reinforce their terrorist colleagues in the battlefield after the devastating air strike.

Some locals have confirmed sighting Halilu Buzu’s boys along Dankurmi on their way to Malele, while those of Adamu Aleiru were seen at Yar Gada, a border between Dansadau and Gusau Emirates, waiting for sunrise to move to the battleground.
Meanwhile, some community leaders have expressed their joy over the renewed vigour of the military offensives in the area.

Speaking, a youth leader who pleaded anonymity urged the military to sustain the tempo of targeting the enclaves of the terrorists.

“Honestly, we must thank the Nigerian Air Force and the Military for their renewed commitment to ensuring that our villages our freed of these criminals.

“We are particularly impressed with their quick and immediate response and intervention whenever called upon. We will however implore the Federal Government to continue to equip the military with more ammunitions capable enough to destroy and neutralize the large number of bandits that we are seeing coming from different places.”

Meanwhile, there are fresh reports that the terrorists, obviously reeling from their devastating loss after the air strike attempted an attack on a military convoy on their way to Malele.

But no life was lost except for a soldier who sustained an injury.

The soldier is said to be positively responding to treatment.

Terrorist activities in the area have been exacerbated due to the lingering crisis between Hausas and Fulanis over the devouring of farm produce, thereby making the area very volatile, especially in Malele, Maigoge, Yan Sawayu, Ruwan Tofa, Mai Awaki, and Zama Lafiya, all under Mutunji district of Dansadau Emirate Council.

Efforts to reach NAF Spokesman, Air Commodore Edward Gabkwet for comment proved abortive as he was said to be out of town on official assignment.