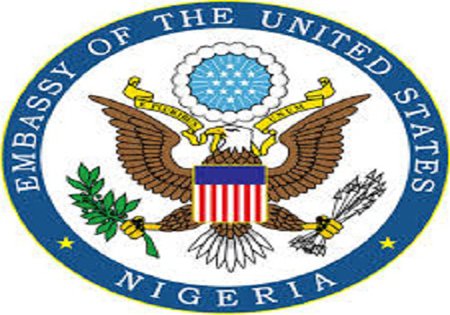 Intelligence operatives in Nigeria have described the recent security alerts issued by some foreign embassies in Nigeria, especially from the United States and United Kingdom as mischievous and counter-productive to the efforts of the security operatives in the country.

In the new Travel Advisory, the US government listed 14 states in Nigeria that they warned their citizens not to travel to due to what it calls: “crime, terrorism, civil unrest, kidnapping, and maritime crime.”
A top member of the intelligence Community, who asked not to be named, said that the alerts issued by the United Kingdom and United States Embassies were intended to rubbish milestone achievements which the intelligence community and other security agencies are making to keep the country safe, irrespective of emergent security challenges that are not peculiar to Nigeria.
“Already, the security agencies have performed exceeding well in recent times , in terms of interception of calls, arrest of terrorists commanders and elimination of their fighters.
“It is unfortunate that while we share security advisories with the embassies on the need for security consciousness, just as we occasionally announce in public statements, these foreign missions use the same to compromise our security efforts.
“What they did is deliberate, considering that we have been transparent and responsible in providing regular security advisory,  especially as we are approaching an election year.
“They are aware that our recently upgraded military platforms and sophisticated digital technology tools have been assisting security agencies in curbing terrorism and violent crimes across the country
“There are certain successes recorded that cannot be publicly disclosed to avoid jeopardizing or compromising national security. Since security matters are highly-strategic and confidential, we don’t go about explaining our vendors who supplied them or the processes and strategies to anyone or the media.”
Another intelligence operative, working with the Nigerian Armed Forces, lamented how the foreign missions are comprising national security and trying to project themselves as a shadow government.
In a furious tone, the senior officer said: “Are they the ones to inform Nigerians about any kind of security threat in our land, when no other nation could do that in their countries? What have they achieved with the media frenzy that followed?
“They should know that it is not all intelligence operations that our security agencies must divulge. But that does not mean our security agencies are not on top of every security situation.”
In its latest travel advisory, the US government warned its citizens to avoid traveling to 14 states due to insecurity. The states are: Borno, Yobe, Adamawa, Bauchi, and Gombe in North-East; Kaduna, Kano, Katsina, and Zamfara in Northwest; Akwa Ibom, Bayelsa, Cross River, Delta, and Rivers states in South-South.
It was observed that no state was mentioned in North-Central, South-West and South-East.
This was even as the Federal Government has expressed strong disapproval with the unverified security alert.
Minister of Information and Culture, Lai Mohammed, at a ministerial panel of the ongoing UNESCO Media and Information Literacy Week, chided Nigerian media outlets and social media personalities for spreading the security alerts without verifying their authenticity.
Lai Mohammed was a panelist at the UNESCO session with the topic, “National Media and Information Literacy Frameworks, Sustaining Beyond Disinformation’’ moderated by Dr Tawfik Jelassi, Assistant Director-General Communication and Information Sector, UNESCO.
In his presentation, Lai Mohammed said the warning issued by the embassies are not the true position of the security situation in the country, and could create unnecessary tension and panic.
He also condemned the media outfits which fed on the unverified security alert to attract traffic to their site without considering the effects on the country.
He reiterated his position that the country “is safer today than at any time in recent times,” with the efforts and sacrifices of the military and other security agencies.
The minister said the security forces had been proactive and as far as insecurity is concerned, the worst is over for Nigeria.
He, therefore, urged Nigerians not to panic but to be alert at all times.
“We do not discountenance the fact that terrorists, bandits and their kind would always want to do whatever it takes to disrupt our nation’s peace, security and stability.
“Well, I can assure all that our military and other security agencies have continued to do everything possible to secure and protect Nigerians and foreigners living in Nigeria.
“Terrorists have been hard hit and put on the run. Bandits have been decimated and scattered,’’ he said.
source: PRNigeria.