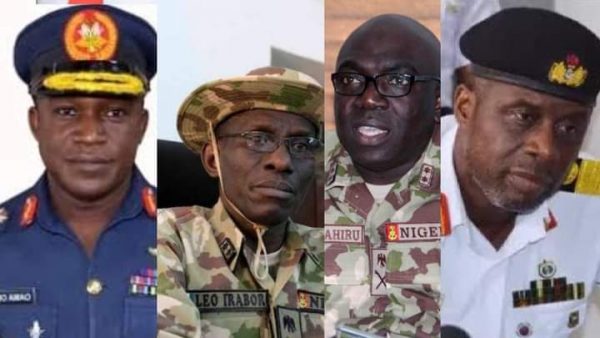 Security operatives have finally gotten a presidential order to trail and flush out all the “big people” who consider themselves untouchable, that have been promoting and heightening insecurity in Nigeria and who have been on the security watch list.

“Already, the President has given directives to the military and intelligence organizations to trail and flush out all the people that have been on our watch list and I can assure you that there are quite a handful of people on our watch list.

“They will be trailed, they will be routed out and they’ll be brought to book. They’ll be prosecuted and they’ll be made an example of, and anybody who wants to use this situation to blackmail the government should also think.”

General Monguno told newsmen that the Council acknowledged that the security situation is getting worse every day, but that it was resolved that the nation had had enough of violence, enough of chaos and enough of anarchy.

“I want to stress once more that any individual or group that thinks it can take it upon itself to cause disunity, disharmony and push the country to the brink should have a rethink. Any individual who thinks he has any support, who thinks he can undermine this government, anybody, any human being, as long as he’s a citizen of this country, any one person who thinks he’s the cat’s whiskers, or he can be rocky on the perch and lead us into a situation of unhappiness, will have himself to blame at the end of the day.

“Now, I need to stress also that there are individuals in this country who have assumed a status that is beyond what they should be. The intelligence from our own sources, the intelligence at my disposal and the disposal of the other intelligence hence, reveals that we have certain entities, certain individuals who are making capital out of insecurity, especially kidnapping.

“This is a situation that has to be brought to an end and I’m sending a warning to anybody who is hiding beneath a veneer of some status, whether official, in terms of an official capacity or traditional or religious, to stoke the flames of disorder will have himself to blame.”

The NSA said that the President asked the security chiefs to put their heads together to try as much as possible to work on a whole of government basis, in conjunction with a whole of scientific basis to achieve a whole of nation result.

“That is what the partnership is and this partnership will work with people outside the federal establishment: those that are working with the state governments, working with traditional and religious organizations and local community leaders, while at the same time trying to enhance community policing.”

He stressed that the government is very serious about addressing the security challenges once and for all, saying that the nation cannot be allowed to drift into a situation that it would continue to lose lives.

“We are not going to be blackmailed, we’re going to use whatever is at our disposal, while operating within the confines of legitimacy, within the confines of legality, but the government has a responsibility to assert its will, using the instruments at its disposal to keep the state moving, alive, happy in prosperity. This will not be compromised.”