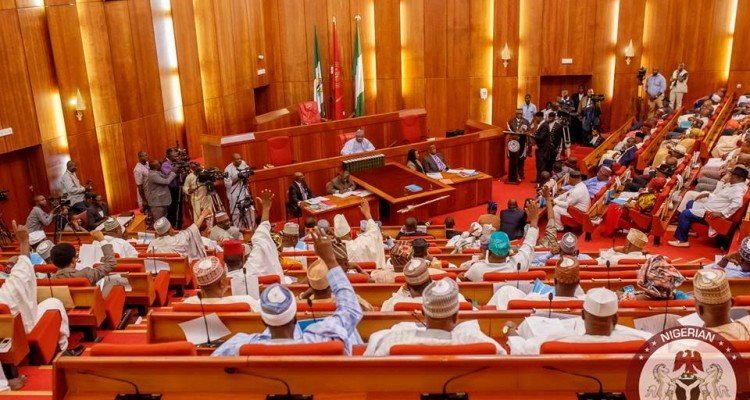 Senate has threatened the Permanent Secretary, Ministry of Finance, Budget and National Planning with a warrant of arrest if the Director, Cash Departments fails to appear before it tomorrow to provide sensitive documents related to disbursement of Service Wide Votes and missing N113 million on salary adjustment for Joint Admission Board Matriculation (JAMB). Speaking in Abuja, Chairman, Senate Committee on Public Accounts, Senator Matthew Urhoghide, said that the threat became imperative over the absence of the Director, having been invited three times and refused to honour the invitations.

Senator Urhoghide, who spoke at the commenced sitting of the Committee when the Director failed to come, but only the Joint Admission and Matriculation Board, JAMB, said the Committee had written a letter of appearance to the Ministry on 20th of October, 2022 and the letter was received on 21 October, 2022 by the Ministry to also give details of released to all the Ministries, Departments and Agencies (MDAs) including Police and Armed Forces.

According to him, another letter was written to the Ministry on December 8, 2022, on the issue concerning missing N113 million of salary augmentation for JAMB. Meanwhile, the office of Accountant General of the Federation, (AGF) told the Committee yesterday that the N113 million was released to JAMB in May 2017 for salary augmentation.

In the invitation letter written to the Ministry of Finance, the Ministry was invited to make clarification on the matter at stake at the Committee’s room yesterday which the Ministry officials failed to honour.

The representative of JAMB, Director of Finance and Administration, Mufutau Bello told the Committee that the N113 million was not released to them, just as he argued that if the money was released, it would have cut across the whole year.

According to him, it would cut across all MDAs using CONLESS, if there is a shortfall in May, it will spread to the whole year.

Not happy with the Development and frequent shunning of the Committee by the  Permanent Secretary of Ministry of Finance and the Director, Cash Management of the Ministry, Senator Urhoghide then  gave the Permanent Secretary 48 hours to appear and provide the relevant documents to the Committee or face warrant of arrest by next week. According to him: “they have to appear before the Committee by Thursday this week since JAMB has denied knowledge of that release, we want to interface with them in your presence Cash Management Office has to come before this Committee,  this payment was used to clear salary adjustment of 2017. He warned  that failure of the Ministry Permanent Secretary to appear on Thursday will lead to warrant of arrest by next week.

The passed budget was sequel to the presentation of the report by the Chairman, Senate Committee on Communications, Senator Oluremi Tinubu, APC, Lagos Central. The NCC 2023 budget is N559,080,711,000.00 made up of total recurrent expenditure of N86. 7 billion, total capital expenditure of N5. 2 billion and special projects of N35 bilion.

In the report, the Commission is expected to transfer N416bn out of the projected revenue, to the Consolidated Revenue Fund. The Senate also passed the Universal Service Provision Fund 2023 budget of N16bn which is made up of N2. 4 billion recurrent expenditure, N124.8 billion capital expenditure and projects expenditure of N13. 4 billion.