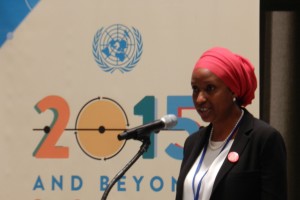 The Chairman of the committee, representing Kaduna South, Danjuma La’ar, who spoke to newsmen in Abuja stated this on Monday while speaking with journalists in Abuja. said that his committee would fish out those behind the alleged shady deal, if any.

La’ar, who insisted that he had evidence from a victim who bought an NPA’s appointment letter for N3 million, allegedly sold to him by an unnamed official in FCC, added that the ears of the panel are full with allegations of illegal dealings within the commission.

“The Senate Committee on Federal Character has been investigating and we are doing everything possible to unravel those behind the sale of jobs there.

“I got reports from different people on sale of jobs going on at the FCC. Appointments into government offices for sale at the FCC are real.

“Someone has forwarded to me a text (message) which is in my phone that he purchased an NPA job from the FCC at N3 million.

“This is shocking; it makes my heart bleed. I’m so sad and I am going to take a drastic action on this case.

“If the committee finds out that this is what they have been doing, we are not going to take it lightly with them. No stone shall be left unturned in telling the country that the FCC is involved in job racketeering.

“There is high unemployment rate in Nigeria. People finished school and there is no job anywhere only to be busy selling jobs. Does it make sense?”