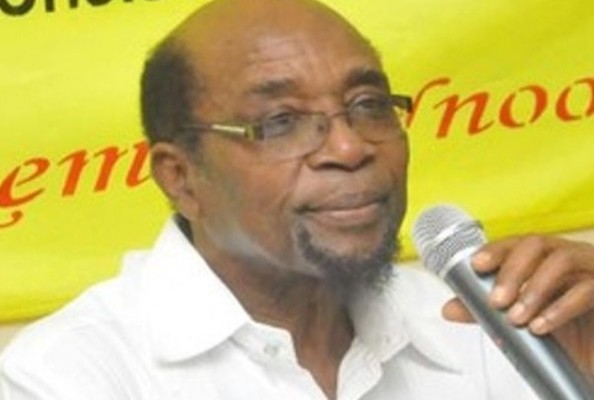 One time Nigeria information minister during the regime of military President Ibrahim Babangida and current Chairman of the Senate Committee on Education, Senator Uche Chukwumerije is dead. He died today at the age of 75 at a Turkish hospital in Abuja.

Chukwumerije was elected a Senator of the Federal Republic of Nigeria in April 2003, representing Abia North Senatorial District.

According to a statement by a family representative, Chidi, the Senator died on Sunday after a long but gallant battle with lung cancer.

“On the evening of Sunday, the 19th of April, 2015, surrounded by his family, Comrade Uche Chukwumerije passed into the open arms of history, and of our Lord Jesus Christ, after a long but gallant battle with lung cancer,” the statement said.

“His life is many volumes, which can only be told with care and time, of dedication and focus, integrity and discipline, and an unbroken love for the highest ideals of our shared humanity.

See also:  Yes, My Husband Beat Me To Pulp, But I’m Not Keen In Court Charges – Female Journalist

“Details of burial arrangements will be announced in due course. We ask only for your prayers and good wishes.”

Last December the rumour of his death went viral with the politician coming out days later to describe the rumour as the handiwork of “a few ungodly and irresponsible individuals.”

Chukwumerije, who was divorced with seven children, studied Economics at the University of Ibadan. [myad]