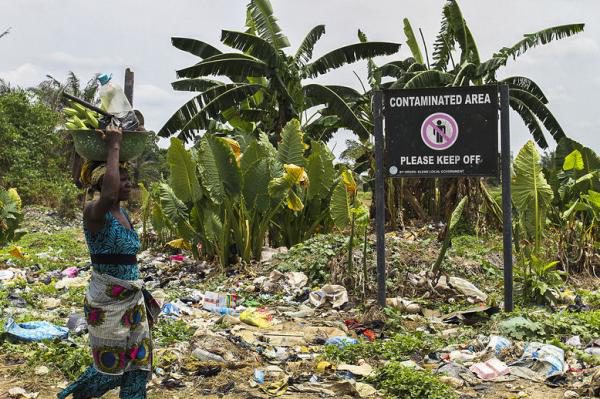 The Shell Petroleum Development Company (SPDC) has agreed to pay $15.9 million in compensation to communities in Nigeria impacted by four oil spills that occurred from its pipelines in the Niger Delta between 2004 and 2007.

A statement from the Company today, December 23, said: “under the settlement, the Shell Petroleum Development Company of Nigeria (SDC) as operator of the SPDC joint venture will pay an amount of $15.9 million for the benefit of the communities and the individual claimants.”

The settlement comes following a years-long legal battle first filed in 2008 by four Nigerian farmers and Milieudefensie, the Dutch division of Friends of the Earth International.

That ended with a historic ruling in 2021 by The Hague Court of Appeal that found Shell’s Nigeria subsidiary SPDC liable for pollution caused from four oil pipeline leaks in the Niger Delta.

The settlement will go toward the affected Ikot Ada Udo, Oruma and Goi communities, as well as the families of the four farmers that brought the case – Baariza Dooh, Elder Akpan, Chief Fidelis Oguru and Alai Efanga.

In the statement, the son of Chief Barizaa Dooh, who died after the case was first filed, Eric Dooh, expressed gratitude for the compensation, saying: “we can build up our community once again. We can start to re-invest in our living environment.”

The Niger Delta, which is home to  6.5 million people, is one of the most polluted places on earth, with oil spills bringing devastating impacts on the environment and surrounding communities. According to the Nigeria’s National Oil Spill Detention and Response Agency, there have been 246,000 liters of oil spilled from January to March 2022, and 75% of the spills are attributed to theft, sabotage or by organized crime groups and militants, according to the Institute for Security Studies..

Shell maintains that the four spills were a result of sabotage, adding that the settlement is “not an admission of liability basis, and settles all claims and ends all pending litigation related to the spills.”

Leak detection systems on 20 pipeline segments have also been installed by the multinational corporation, in accordance to the ruling by The Hague Court of Appeal.

“If we look at the court case as a whole, the major gain is that a new standard has been set: companies will no longer be able to get away with pollution and ignoring human rights, said Milieudefensie’s director, Donald Pols, in a statement.