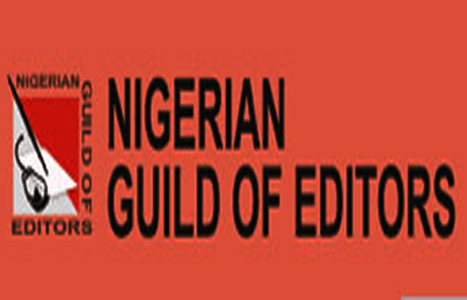 The 2019 All Nigeria Editors’ Conference (ANEC), the annual flagship conference of the Nigerian Guild of Editors (NGE), will hold at the international conference centre, Sokoto, from Wednesday, November 27 to Sunday, December 1.
Acting President of the Guild, Mr. Mustapha Isah, said Governor Aminu Waziri Tambuwal has confirmed the readiness of Sokoto State to host this year’s ANEC as a mark of his strong belief in the media as a strategic partner in nation-building and strengthening of the nation’s democratic structures.
The theme of this year’s conference is: A Distressed Media: Impact on Government, Governance and Society. The keynote speaker is Mr. Gbenga Adefaye, a multi-award winning editor, Fellow of the Guild and currently Editor-in-Chief of Vanguard newspapers.
This year’s ANEC, the 15th in the series, would be chaired by former Governor of Ogun State, Aremo Olusegun Osoba. Osoba is a widely travelled journalist of repute and the first Nigerian journalist to win the Nieman Fellowship for Journalism at Harvard.
Other speakers include Mr. John Momoh, Founder/CEO of Channels TV, Prince Nduka Obaigbena, Publisher Thisday newspapers and Chairman of Newspaper Proprietors’ Association of Nigeria (NPAN), Mr. Dapo Olorunyomi, Publisher Premium Times, representatives of Broadcasting Organisations of Nigeria (BON), Advertising Practitioners Council of Nigeria (APCON), etc.
A statement signed by the Publicity Secretary of the Guild, Ken Ugbechie, said the theme was chosen to reflect the prevailing realities and challenges in the Nigerian media.
The statement stressed that the theme was informed by an urgent and compelling need for editors and other stakeholders in the society to examine the state of the media which has in recent years come under inclement economic and regulatory circumstances.
In explaining the reason for the focus on the media, the Acting President said: “The choice of this year’s conference is deliberate. The Nigerian media is distressed and its capacity to play the watchdog role in society is being eroded and challenged on several fronts and by multiple factors. We have reached the point where all media stakeholders must come together to seek answers to the many questions and puzzles that threaten media practice in Nigeria.
“We have carefully assembled the crème of outliers in the profession drawn from print, broadcast and new media to share their thoughts and perspectives with Nigerian editors so that collectively we can proffer solutions to our challenges,” Mr. Isah said.
ANEC was first held in 2004 at Ada, in Osun State. Since then, it has been held in different parts of the country. It brings together no fewer than 400 editors and other media professionals from all over the country and beyond to focus on a designated national issues that affect the future and wellbeing of our country.
The conference also attracts foreign speakers and editors from organizations such as the West Africa Editors Forum (WAEF), the African Editors Forum (TAEF), the World Editors Forum (WEF) and the World Association of Newspapers (WAN).