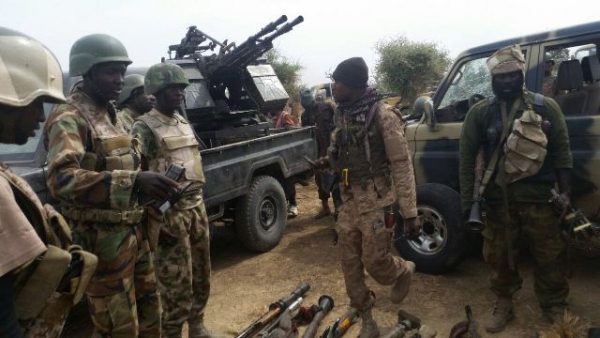 Nigerian soldiers have killed one of the notorious bandit leaders, who led attack on the Nigerian Defence Academy (NDA), Kaduna and responsible for the kidnappings of students of the Federal College of Forestry Mechanization, the Emir of Bungudu in Zamfara State, Alhaji Hassan Attahiru and several other citizens in 2021.

The leader was identified simply as Musti, even as the commander of the group, identified as Boderi Isiya narrowly escaped from the fire power of the rampaging soldiers.

It was learnt that soldiers also killed several other terrorists in a recent operation, including those identified as Yellow Mai-Madrid and Dan-Katsinawa.

The battle field, according to the military sources, was around the Tollgate general area of Chikun Local Government Area (LGA) of Kaduna State.

It was gathered that as the bandits experienced the superior power of the soldiers and scrambled to retreat, they ran into an ambush laid by another set of soldiers in Sabon Gida general area.

Soldiers were believed to have recovered various types of weapons from the scene.

Meanwhile, the Kaduna State Governor, Malam Nasir El-Rufai has commended the soldiers for the feat.