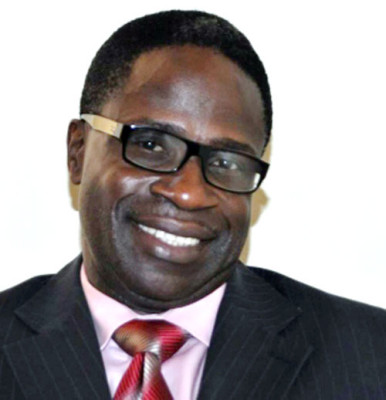 A group, going by the name, Southern Nigeria Professionals in Defense of Democracy has disowned the call by the Southern Nigeria Peoples’ Assembly for the sacking of the chairman of Independent National Electoral Commission (INEC), Professor Attahiru Jega.

You are all witnesses to the Press statement on 5th February, 2015 by a group called the Southern Nigeria Peoples’ Assembly. In the said statement, the group alleged, among other things, bias of the INEC Chairman, Professor Attahiru Jega, towards the candidate of the All Progressives Congress (APC), General Muhammadu Buhari, in the forthcoming Presidential election. The group further asserted that Professor Jega has concluded arrangements to declare this Party’s candidate as the winner of the election irrespective of the electoral performance of their favoured candidate of the Peoples’ Democratic Party (PDP), Dr. Goodluck Jonathan. In conclusion, the group lambasted the INEC chairman as an ethnic bigot and demanded his resignation, while also calling for a shift of the elections by eight weeks, precisely to April 2015.

The shameful outing by this group, which cannot be said to have the mandate of Southern Nigeria people, however, failed to answer certain salient questions:

Much as we appreciate the desperation of these ethnic champions, in their bid to rebuild their Stomach Infrastructure that is fast falling apart, we are appalled that any group, peopled mainly by Ancients, can so bizarrely make calls that threaten the entrenchment of true democratic values in our Nation. We are equally ashamed that these latter-day ethnic jingoists have once occupied enviable positions in this country from which they preached national cohesion; they have now preferred to heed the calls of the Stomach more than the calls of true Patriotic service to the Fatherland. As people belonging to the Younger generation from Southern Nigeria, we wholeheartedly reject the calls by these people. We refuse to allow them to destroy our future by their shallow perception of the electoral process. We affirm that, before President Goodluck Jonathan, there had been democratically Presidents and after him, there shall be other democratically elected Presidents. Nigeria’s unity and sovereignty must remain sacrosanct. Furthermore, these zealots, in their blinkered view of nationhood, have unwittingly boxed Dr. Goodluck Jonathan into the conundrum of a sectional President. This becomes disappointing in view of the overwhelming support that VP Goodluck Jonathan enjoyed from a broad spectrum of the Nigerian citizenry, for him to be made Acting President during the debility of the late President Umaru Musa-Yar’adua in 2010!

The issues before the Nigerian voters are beyond INEC as an electoral Umpire. Nigerians are miffed by four years of broken promises by the administration of President Goodluck Jonathan. The less than 4, 400 Mega Watts currently generated in the country is a far cry from the promised harnessing of alternative sources of energy such as coal, wind and solar to generate an initial 13,000mw. There is palpable insecurity in the land which has consigned portions of our fatherland under the suzerainty of Insurgents while the Commander-in-Chief of the Armed Forces appears incompetent to deal with the threat responsively. As we speak, over two hundred teenage girls have remained in the captivity of Insurgents while the President appears more preoccupied with his reelection bid. Just a few days ago, Chadian Forces moved into Nigerian territory to assist in killing off some of these Insurgents. But we know that there was a time in the history of this land that our Military was strong enough to repel, very forcefully, the expansionist adventure of the Chadian Army. But, quite unfortunately, under President Jonathan, Nigeria has become a laughing stock in the weakening of its Military to valiantly defend her territorial integrity. Corruption is rife because Nigeria’s President does not give a damn in leading this fight against institutional corruption from the front. Quite recently, the Price Water House (PWc) forensic audit report of the Nigerian National Petroleum Corporation (NNPC) has come out with a damning indictment of the Oil Conglomerate.  The corporation has been told to remit a minimum of $1.48Billion into the federation account. In 2010/2011 financial year, N240Billion was set aside for oil subsidy but ended up spending more $16Billion (according to the statement of the former Central Bank Governor, Mallam Sanus Lamido Sanusi).

These are the issues that have remained intractable under the Presidency of Dr. Goodluck Jonathan. The attempt by the Southern Nigeria People’s Assembly to change the narrative from these serious issues to the mundaneness of ethno-religious bigotry must be resisted by all Nigerians that love the Nation State. As they have always failed in their devious schemes to continue to elongate the Presidency of Dr. Jonathan beyond 29th May, 2015, they shall continue to fail.