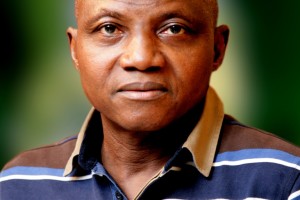 The Nigerian Presidency has expressed concern about what it called “blatant attempts to whip up a nonexistent fear of mass starvation” in the Internally Displaced Peoples’ Camps in the North East, by some international aid agencies.
It described such alarm as a hype that does not provide solution to the situation on the ground but more to do with calculations for operations financing locally and abroad.
A statement by the senior special assistant to President Muhammadu Buhari on media and publicity, Malam Garba Shehu recalled that in a recent instance, one arm of the United Nations screamed that 100,000 people will die due to starvation next year. A different group says a million will die.
He admitted that the effect of the Boko Haram terrorism and their occupation of communities and destruction of houses, infrastructure and means of livelihood have been manifested in the decline of socio-economic activities throughout the North-East.
“Arising from this, farming, pastoralism, trade, exchange of goods and services and social interaction among the people have negatively been impacted leading to the displacement of more than two million people, mostly women and children. “Consequently, there is death, there is hunger and there is poor nutrition.
“The displacement pattern as revealed by the National Emergency Management Agency (NEMA), with the International Organisation for Migration (IOM) indicates that there are currently about two million people who are displaced.”
Garba Shehu said that only about 20 percent of the number are in IDP camps, adding that this much reduced numbers are in Borno’s 13 formal and 16 satellite camps.
“Four of such camps are currently operating in Adamawa and about the same number in Yobe. The larger number of the IDP population is living either in self-settled camps or with host communities.
“The affected states with active collaboration with NEMA and the recently inaugurated Presidential Committee on Northeast Initiative (PCNI) are deeply involved in efforts to cushion the humanitarian challenges, especially on food security and nutrition.
“Through an ongoing arrangement, NEMA provides raw food items to IDPs at formal camps, self-settled centers, host communities and satellite centers. The states, on their part, provide condiments, firewood and maintain environmental quality of the IDP camps.
“Beyond the IDP camps, government agencies are  distributing food in host communities. The T.Y Danjuma-led PCNI is currently doing this in Borno state at the time of writing.
“In addition to the supply of food, the Federal Government through NEMA and the PCNI has made the provision of drugs to some major hospitals in the zone as a priority.
“These agencies have also been deploying on continuous basis, medical teams and equipment to the North-East to support the provision of medicare to the IDPs.
“There are also search and rescue vehicles in service in the region as well as the deployment of a revolving fund at major hospitals in Maiduguri and Yola to ensure full treatment of victims of insurgents’ attacks and sick IDPs.
“Government has also been providing skills and empowerment equipment to IDPs side by side with education for children in camps and the U.N Safe Schools Initiative,SSI.
“While the humanitarian situation in the Northeast is already complex and challenging, there is no doubt that the recent successes by the Nigerian military against the terrorists has come with it, the releases of thousands of people held against their wish in the forests.
“The captives come to government camps famished, ragged, poorly nourished and mostly ill, released from the hunger and acute shortages of basic necessities of life on account of the effective sieges of Sambisa forest by the military.
“So, while local and international humanitarian responders including the United Nations have done an immeasurable amount of effort filling in the gaps wherever they existed, it is not true as these reports have indicated that 100,000 or even a million people will die because government is unable to provide care at the camps. This country has a responsible government under the leadership of President Muhammadu Buhari, which is doing a lot to bring relief to the displaced people.
“The Nigerian Government which has been making the most efforts in the entire endeavor will continue to work closely with the local and international response groups to overcome this humanitarian crisis. At this time when the focus is gradually shifting to towards rehabilitation, reconstruction, resettlement, recovery and the dignified return of IDPs back home, we can do with all the support out there in the donor community. “We do not , however see the reason for the  theories and hyperbolic claims being made ostensibly to draw donor support by some of the aid agencies. The situation on the ground, as it exists, provides sufficient motivation to all well-meaning donors to come and do a decent part.
“The hype, especially that which suggests that the government is doing nothing is therefore uncharitable and unnecessary.” [myad]