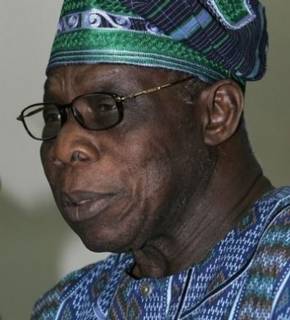 The Buhari Media Organisation (BMO) has advised former President Olusegun Obasanjo to stop singing what it called ‘losers’ anthem but to be more circumspect on issues bordering on national unity.

Reacting to Obasanjo’s comparison of the current situation in the country with that experienced before or during the 1967-70 civil wars, in a statement by its Chairman Niyi Akinsiju and Secretary Cassidy Madueke, the group acknowledged that because Obasanjo lost control of who rules Nigeria in the 2019 elections, he opted to use the platform presented to him by the Association of Chief Audit Executives of Banks in Nigeria to again take subtle pot-shot at the Buhari administration.

“In drawing a comparison between the civil war and the current situation in Nigeria, the former President was clearly being mischievous especially as he did not go into details. So we wonder what exactly is happening in the country now that compares with that ugly period in our nation’s history.

“It is a reflection of Chief Obasanjo’s disappointment that he was unable to influence the outcome of the February 23 Presidential election in favour of his preferred candidate.

“This is the first time since 2007 that the former President cannot authoritatively say he was instrumental to the electoral success of a Nigerian President, so he finds solace in creating the impression of a divided nation.

See also:  Anambra Gov Promises N20 Million For Anyone That Unmasks Killers Of Akunyili's Husbands, Others

“Obasanjo could not even deliver his polling unit and ward to his preferred candidate, he also lost his State to President Buhari. This must have hurt his massive ego tremendously and he holds Buhari responsible for that. So it is not surprising that he took that subtle dig at the President even though he was quoted sometime ago as saying that he is not yet ready to speak on the 2019 elections.

“We at BMO believe that as much as the former President has a right to rally support for any Presidential candidate, we think this is the time to play the role of a statesman rather than continually singing the ‘losers anthem’.”

The pro-Buhari group noted that even if there is tension in the country like in all election years since 2003, the onus is on elder statesmen and former Presidents to rise above the fray and calm frayed nerves.

“Having just gone through a major campaign season and a hard-fought Presidential election, one would expect people like Obasanjo to be at the forefront of efforts to heal the wounds, not to exacerbate the situation by drawing inaccurate comparison with a part of the Nigerian history that is best forgotten.”