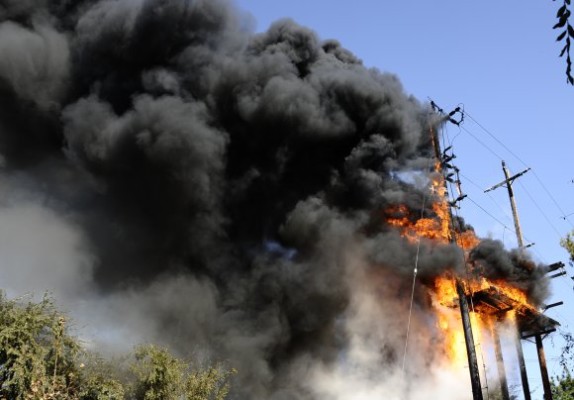 Families whose loved ones were electrocuted by an exploding electric transformer at Tundunwada area of Lugbe, a satellite in the Federal Capital Territory (FCT), have demanded N20 million compensation from Abuja Electricity Distribution Company (AEDC) for each life lost .

It was learnt that the community would be pressing for N5 million pay out to the four persons that suffered varying degrees of injuries during the accident last Saturday.

It would be recalled that the transformer caused the death of six persons, including a pregnant woman who recently moved into her house in the area.

Ikenna Olelewe, who lost his brother, James Olelewe, 28, said that the affected families and other community leaders have been discussing the issue of compensation from the AEDC.

According to him, the families had met with the chief of Tudunwada, whom he said pleaded with them not to drag the power firm to court.

“The community chief pleaded with us to resolve the matter amicably with the AEDC officials, but the resolution depends on how cooperative the power firm is. The affected families have resolved to demand N20 million for each life lost and N5 million each for those injured; we have instructed our lawyer to write to the company and make our demands known.”

Ikenna said that his family planned to conduct the funeral of his late brother in Imo State on Saturday, but added that the ceremony has been postponed to next Friday.

A community leader, Felix Omeje, confirmed that the bereaved families have been meeting and would demand heavy compensation, but declined to give further details.

“I will let you know the moment we reach an agreement with the (AEDC) officials, but I can’t say anything now.”.

Omeje had earlier blamed the AEDC for the tragedy, attributing the explosion to wrong connection.

But the Head, Corporate Communications and Community Relations, AEDC, Oyebode Fadipe, said that investigation has just commenced into the incident, adding that he would not comment until the probe is concluded. [myad]