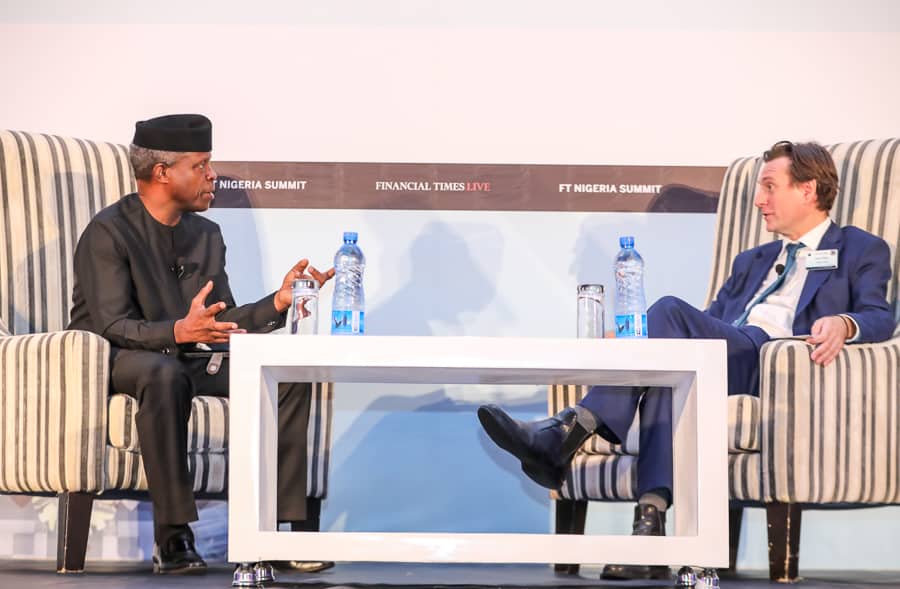 Vice President Yemi Osinbajo has swore that the Muhammadu Buhari-led federal government has dealt a big blow on what he called ‘grand corruption.’

The Vice President made the points in a special interview he granted, David Pilling (Africa Editor of the Financial Times), at the Financial Times Nigeria Summit, with the theme: “Dispelling Uncertainty and  Building Resilience,” at the Eko Hotels and Suites, Lagos.