Home NEWS We Will Deal With Any Agency That Diverts Government Revenue, Senate President... 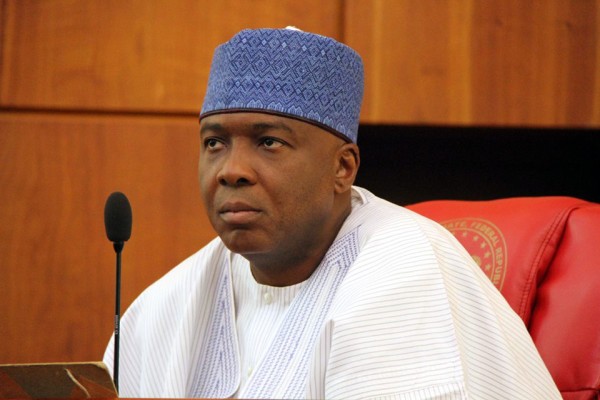 Senate President, Dr. Bukola Saraki has warned government agencies that are in the habit of diverting government’s revenue to desist because the Senate would deal with them henceforth.

He particularly referred to federal government ministries, departments and agencies (MDAs), noting that most of them are not only mismanagement the revenue due to the Federation Account but have failed to remit same, adding that this government will no longer condone such act.

Addressing the chairman of the Revenue Mobilization Allocation and Fiscal Commission (RMAFC), Engineer Elias Mbam, and his team when they paid him a courtesy visit in his office, Senator Saraki noted that non-compliance by agencies of government in remitting monies had brought major setbacks in the processes of governance.

He emphasized that the Senate would support government efforts in bringing to justice, any erring agency that indulges in diverting government’s revenue, adding: “monetary revenue and allocation is a serious challenge to our economy. Though, diversification of economy is very important but it is not an overnight issue. We must block every leakage in government revenue.

“We made campaign promises to Nigerians, and we must fulfill all our pledges. It cannot be business as usual. We will do everything within our capacity to elevate the living standard of Nigerians,” he said.

The Senate President had also made it clear on his Twitter handle that the annual wardrobe allowance for each senator is N506,600 per annum, about N2.25 million ‎for their four-year tenure, even as he absolved lawmakers form what he called indiscriminately allocating monies to themselves.

According to him, it is only RMAFC that has the responsibility of fixing their remuneration and that the Commission would soon publish details of their allowances on its website.

“RMAFC was in my office to clarify (that) wardrobe allowance is N506,600 per senator.‎ I have just been informed that RMFAC will be publishing details of allowances on their website.

“With the current challenge we are facing as a nation, RMAFC will be reviewing allowances to reflect the current economic trend. Fixing remuneration is sole responsibility of RMAFC,” the Senate president said.

It would be recalled that media reports had come up with an allegation that a member of House Representatives collects N17.5 million as wardrobe allowance annually, while a senator receives about N21.5 million. [myad]