Home NEWS We Won’t Give $7 Million Placed On Boko Haram Leader, Shekau To... 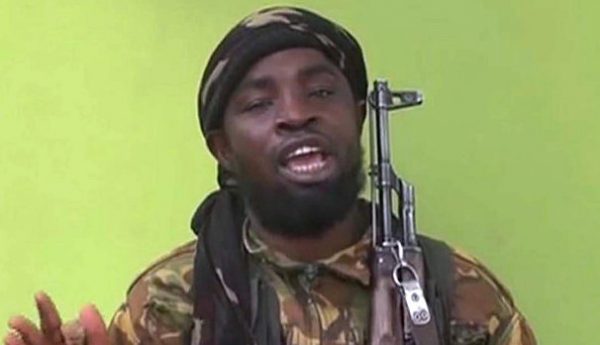 The United States has said that the $7 million bounty placed on the leader of the Boko Haram sect, Abubakar Shekau, will not be given to members of the Islamic State in West Africa Province (ISWAP).

The US made this known via a tweet by its State Department Rewards for Justice Program while responding to the reported death of Shekau.

It tweeted: “News reports today indicate that Boko Haram terrorist Abubakar Shekau blew himself up in a confrontation with ISIS affiliates.

“Hey, ISIS guys. To clarify: no – you are not eligible for the reward for information on his identity or location. That’s not how the program works.”

There had been reports that the Boko Haram leader Shekau was seriously wounded after trying to kill himself to avoid being captured during clashes with rival Islamic State-allied fighters.

There are also reports that Shekau is dead.

However, the Nigerian Army said that it was probing the reports indicating that Boko Haram leader Abubakar Shekau was “badly injured” or “dead”.

The department later placed up to $7 million reward on him, saying, “Abubakar Shekau is the leader of Jama’atu Ahl as-Sunnah il-Da’awati wal-Jihad, more commonly known as Boko Haram. Boko Haram, which means “Western education is forbidden,” is a Nigeria-based terrorist organization that seeks to overthrow the current Nigerian government and replace it with a regime based on Islamic law. The group has existed in various forms since the late 1990s.

“There are reported communications, training, and weapons links between Boko Haram, al-Qaida in the Lands of the Islamic Maghreb (AQIM), al-Shabaab, and al-Qaida in the Arabian Peninsula, which may strengthen Boko Haram’s capacity to conduct terrorist attacks.

“The group set off its first vehicle-borne improvised explosive device (IED) in June 2011, and has increasingly utilized IEDs in attacks against soft targets. Boko Haram’s August 26, 2011 vehicle-bomb attack on the United Nations headquarters in Abuja, Nigeria marked the group’s first lethal operation against Western interests. At least 23 people were killed, and 80 more were injured, in the attack.

“On May 1, 2012, less than one week after the group bombed a Nigerian newspaper building in Abuja, Boko Haram issued a video statement threatening more attacks on local and international news outlets, including the Voice of America and Sahara Reporters, a New York-based media service.

“Under Shekau’s leadership Boko Haram has continually targeted young children. On April 14, 2014, Boko Haram kidnapped close to 300 girls from their school in northern Nigeria. In a video message released three weeks later, Shekau claimed responsibility for the kidnappings, calling the girls slaves and threatening to sell them in the market.”