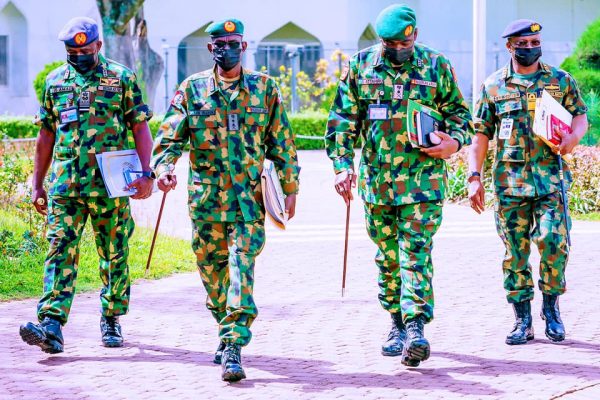 The Federal Government of Nigeria has resolved not to henceforth, make it’s security tactics in tackling the security challenges in the country public.

This is even as President Muhammadu Buhari, today, May 11, approved new security measures specifically for the South East and South South geo-political zones of the country.

The acting Inspector General of Police, Usman Baba, who spoke to newsmen today, alongside the National Security Adviser (NSA), rtd Major General Babagana Monguno, Chief of Defence Staff, General Lucky Irabor, after a security meeting with President Buhari, said that the meeting stressed the need to address the security challenges in the country, particularly those that have arisen in the last few months.

General Monguno said that the President gave marching orders to security chiefs to deal decisively with the emerging problems physically.