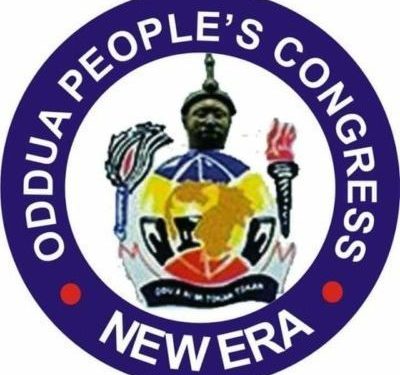 Publicity Secretary of the Oodua People’s Congress (OPC), Barrister Yinka Oguntimehin, has warned that the body will resist any attempt by members of Fulani community, under the umbrella of Miyetti Allah Cattle Breeders Association of Nigeria(MACBAN) to infiltrate the Southwest Security Network, codenamed Operation Amotekun.

The OPC publicity scribe described the call as an attempt to overrun all the security architectures of the region.

“OPC will never allow Miyetti Allah to set our region on fire. We cannot afford to see the southwest facing the kind of security challenges faced daily in the North East and North West.

“Our group will never fold its arms and see the southwest being overrun by herdsmen and marauders. That is why we are warning leaders of the group to desist from their sinister motives and leave Amotekun alone in the region.

Oguntimehin described the call by the leader of the Oyo State chapter of the Fulani herders, Ibrahim Jiji as unrealistic, saying that the group lacked the credibility to call for its inclusion into Amotekun.

He also called on the Federal Government to beam a searchlight on Jiji for making such requests, adding that no Yoruba group has ever called for inclusion into the Northern security outfits like HISBA, or the Middle Belt security outfit.

“What does these Fulani herders want from us? Do they want to weaken or polarise our security outfit? The call was irrational and unjust, and we will resist any attempt to soil the name of Amotekun”

“Operation Amotekun is a child of circumstance, it is the southwest arrangement to curb the spate of insecurity ravaging the region, and since its inauguration in Oyo, Ondo and Ekiti respectively, the response has been encouraging. So, we need to support and encourage them in their quest to curb insecurity in the southwest.”

Oguntimehin charged all Yoruba traditional rulers across the southwest to support Amotekun in their respective domains,stressing that the efforts of the Oyo State chapter of Amotekun to secure the state is yielding positive results.

“I want to commend the Director General of the Oyo State Amotekun, for standing firm in ensuring that Oyo state is safe for residents.I will also commend the governors of Ondo, Oyo, Osun, Ekiti and Ogun states for championing the cause for southwest safety and security. And I want to appeal to the Lagos state governor, Mr. Babajide Sanwoolu to fast track the recruitment of the Lagos State Amotekun because from our investigations, it is sad that Lagos State still remains the most volatile state.”

“There are signals that killer herdsmen have invaded Lagos state. But it is also sad that southwest is full of hypocrites. From our findings, a large percentage of the enemies of Yoruba race are within the nucleus of the south west. Many of those behind the media propaganda against Amotekun are Yoruba and their target is to soil the image of the region

”Many of those opposing Amotekun are prominent sons and daughters of the Yoruba race. And I want to assure all honest Yoruba sons and daughters that OPC will soon expose those behind the verbal attacks against the southwest security outfit.”