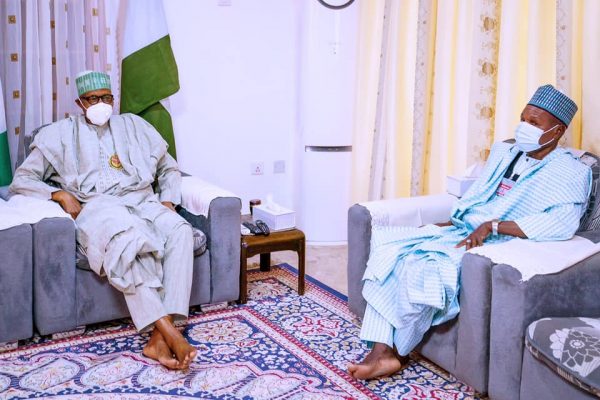 Governor Aminu Bello Masari of Katsina State has told President Muhammadu Buhari that steady progress is being made to bring out unharmed, children that were kidnapped from Government Science Secondary School, Kankara.

“We are making progress and the outlook is positive,” the Governor said as he briefed the President in his Daura country home in Katsina, today, December 14.

The Governor, who was accompanied by the Deputy Governor of the state, Manir Yakubu, said the kidnappers had made contact and discussions were already on pertaining to safety and return to their homes.

Aminu Masari said that security agencies have located the position of the children, even as he acknowledged that the President is fully committed to the rescue of the school children.

Katsina Gov Laments: We Travel 12 Hours To Abuja For Coronavirus Testing As None...