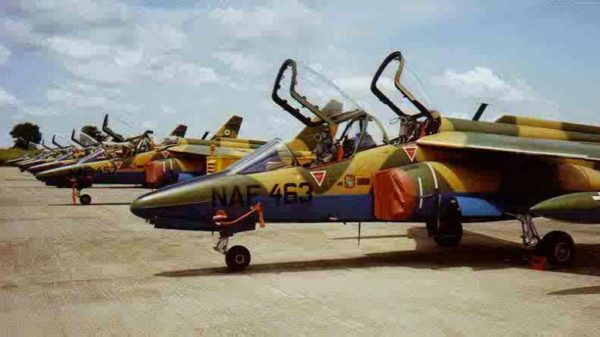 The Nigerian army has announced the move to source for one billion naira loan to produce more combat vehiclesto counter terrorists and other insurgents.

The Chief of Army Staff, Lieutenant General Tukur Yusuf Buratai, who announced this today, Saturday while addressing the closing ceremony of the Nigerian Army Combat Arms Training Week at the shooting range of Nigerian Army Infantry Corp, Jaji, Kaduna State that Nigerian Army inventions and acquisitions are force multipliers, hence the fund will improve the equipping and capacity of the Army.

“We are already sourcing for the sum of N1billion to support the Nigerian Army Vehicle Manufacturing Company. We a have a number of investments in the Army that have been generating huge amount of money and we will take a loan from there to support Nigerian Army Vehicle Manufacturing Company to realize our dream of producing indigenous armoured fighting vehicles and to continue to maintain our existing equipment.

General Buratai said that the army had already been promised by the group managing director of NAVMC that in the next three to four months, it would have brand new vehicles originally produced by the Nigerian Army for use in the Army and the general public that might find it useful, especially the paramilitary agencies.

“This we believe will transform the Nigerian Army and Nigerian industrial companies, when we start mass production.

“Military equipment are never obsolete, with maintenance culture of the military globally,  vehicles and equipment of the Second World War are still useful in other parts of the world. The firepower demonstration today is the last activity of the combined Combat Arms Training Week (CATWEEK) and the Chief of Army Staff 1st Quarter Conference.

“This Conference has brought us together to assess what we have so far achieved in the the first quarter of 2019,” the COAS added.

The Acting Governor of Kaduna state, Arch. Barnabas Bala Bantex commended the military and the police on their efforts to ensure peace in the state.

“The Nigerian Army and Police have helped to keep Nigeria and Kaduna safe. They have helped in combating terrorism, armed banditry, kidnapping and other forms of insecurity.”

Bantex, said that with what he saw, “the Nigerian Army is in better position and capable of containing all forms of threat both from within and outside our territory.”

We Did Not Intentionally Target UN House In Borno, Nigerian Army Explains

We Did Not Intentionally Target UN House In Borno, Nigerian Army Explains