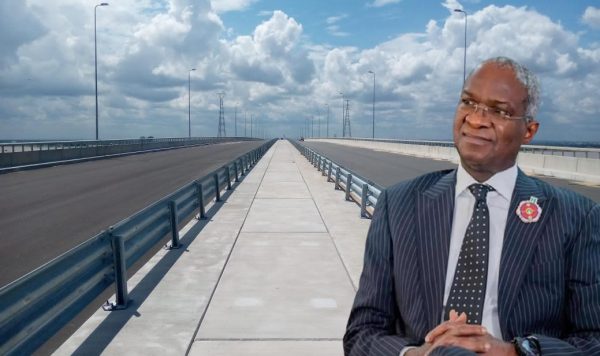 Minister of Works and Housing, Babatunde Fashola, has announced that the construction of the Second Niger Bridge has been completed.

“The Second Niger Bridge is completed. What is remaining is a 4km interchange road at the Asaba end and 2km out of a 7km link road at the Onitsha end.

“The first thing we did when we came into power was we expanded our budget on road infrastructure, sought alternative sources of funding through SUKUK, Infrastructure Tax Credit Scheme.”

The Minister said that his ministry completed 12 road projects covering about 896km, commissioned and handed them over to different communities.

The minister, who once served as Lagos State Governor, said that the government is executing 83 road rehabilitation projects in federal tertiary institutions across the country with 66 projects completed and 46 commissioned.

“The bridge, which was conceived years ago before the Buhari administration came on board, became a reality, following the decision of Federal Government, through the Ministry of Works and Housing, to ensure that a new bridge is put in place to complement the existing one, which is over 50 years old.”

Fashola had earlier said that the bridge would be ready for use before December, 2022.