Home NEWS What Fani-Kayode Wrote About President Jonathan Before He Was Appointed PDP Presidential... 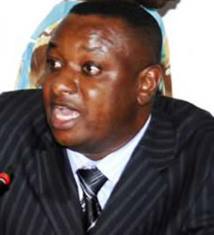 “As I wrote in another contribution almost one month ago, the problem that we have is the President himself- a President who prides himself on his own weakness and incompetence and whose love of false prophets and strange women knows no bounds and has no end. A President who is as confused and as clueless as the comic character called Chancey Gardner in the celebrated 1970’s Peter Seller’s Hollywood blockbuster titled: ”Being There.” A President who does not understand the meaning of the word ”class” or ”honesty” and who breaks his own word consistently. A President who has abdicated his responsibilities, destroyed his own political party, divided his own country, alienated his own friends, humiliated his own mentor, abandoned his own people, brought ridicule to his own faith, cowers before his own officials, betrays his own governors, scorns the international community and BREAKS HIS SOLEMN OATH TO PROTECT AND DEFEND THE NIGERIAN PEOPLE. A President who does not even have the nerve or the guts to call to order any of the numerous Jezebels that control him. He is the problem we have in our country today and until he resigns, is impeached or is voted out of power, nothing will change and Nigeria will continue to go from bad to worse. That is what you get when you vote for a man who never wore shoes to school’.” This was FFK’s Comment B4 Jonathan Made him Director of Media of Publicity. I say no more. [myad]