Home NEWS When Power Slips Off And Friends Desert, I Will Continue To Be... 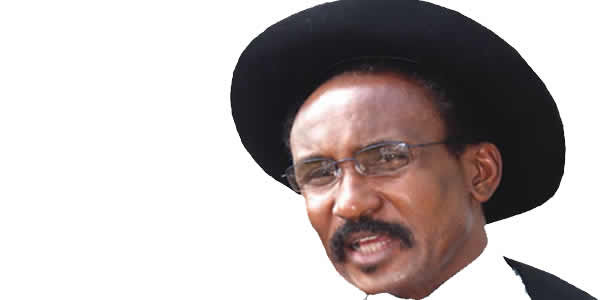 Former Military Administrator of Kaduna state, retired Colonel Abubakar Dangiwa Umar has assured President Goodluck Jonathan that he would remain his committed friend when he loss power next month and most of his friends will have deserted him.
In a statement today, Dangiwa quoted from an unnamed famous political scientist who he said once warned that “the career of a politician is too uncertain to make any firm commitment to him.”
He said that though he found such warning immoral and distasteful but that it truly represents the attitude and behavioural pattern of most of the so called friends and loyalists of men in power, adding that most of them are mere fair weather friends.
“Come 29th May 2015, President Jonathan will handover power to the winner of the 28th March 2015 Presidential election, General Muhammadu Buhari. With this seeming loss of political power, he will also lose a large retinue of friends and loyalists; people who would swear by his name a couple of weeks ago. The President, like most of his predecessors, will suffer the pain of betrayal.
“I however, assure him that there are still genuine friends who will be by him through life’s challenges out of power. Mr. President should count on me, Col. Abubakar Dangiwa Umar as a steadfast friend. I will continue to maintain an abiding and an unalloyed loyalty as a friend and brother. I also wish to advise him to ignore the treacherous actions of those opportunists who are decamping from his party, the PDP to APC at this late hour .These are people who will not hesitate to renounce God in their pursuit of ephemeral worldly power. They  are worthless and a great embarrassment to decent people and bad role models to future generations.”
Colonel Dangiwa dispelled what he called “the wicked rumour” that his closeness to President Jonathan has always been on account of some material favours he extended to him, saying that nothing can be further from the truth.
“I swear and affirm that I have never, directly or indirectly, been awarded an oil or non – oil contract by President Jonathan or his Government , as evidence will prove later. What I received and cherish above all is tremendous respect from the President. I intend to expatiate on this in due course.
“Let me also express my respect and admiration for President Jonathan’s nationalistic and altruistic decision to concede and congratulate the winner even before the final results were officially announced.
Mr. President behaved like the statesman I have always known him to be ,thereby saving the country assured implosion had he behaved otherwise. Mr. President has really made us proud. May the good Lord continue to protect, bless and guide him and his family.”