Home NEWS Why Church Should Actively Participate In Politics, By Dakuku Peterside 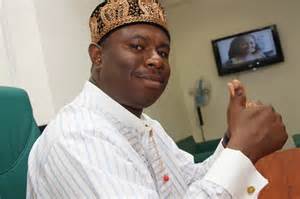 Governorship candidate of the All Progressives Congress (APC) in Rivers State Dr. Dakuku Peterside has given reasons why the Church and Christians should fully participate in politics in Nigeria, one of which not to allow people who do not mean well for society to be voted into office.
The APC candidate who spoke today at the 34th Diocesan Synod of the Methodist Church of Nigeria in Port Harcourt, drew attention of the church to the famous quotation in Proverbs 29:2 which says that when the righteous rule, the people rejoice and when a wicked man rules, the people groan.
Peterside, who addressing ministers and the congregation, insisted that Christians must consciously seek elective positions and also be ready to exercise their franchise by voting on election days for candidates who are God-fearing and visionary.
“Christians must be in politics. If we leave politics for only politicians, then those who do not mean well for society will take over our affairs. Therefore as Christians, we must be diligent.
“Let nobody be deceived. What happens on election day will determine what happens to our country, so the church must not shy away from politics. In choosing leaders, we must not be sentimental. It is not about our brother and a stranger, it is about our life and future. It is a sin to support a leader who cannot protect the lives of his people, a corrupt leader or a leader who oppresses his people. Our choice must be guided by reason.
“Our country is undergoing turbulence, so when we vote, it must not be about church, religion, ethnic group or region. We must vote to improve our condition. Everybody agrees that Rt. Hon Chibuike Rotimi Amaechi has done well for the people of Rivers State. Some people may not like his style but that does diminish his great achievements. Is it fair, if at the end of Amaechi’s administration we bring somebody who says he will destroy all that he has done? Amaechi has laid the foundation and we must build on that.
“We want a God-fearing man. Some people boast of their connection but as ministers of God, you know that darkness will not reign over our state. I have plans for our Rivers State, I am an agent of Christ and I am prepared to do His will.
“Archbishop, the onus is on you to encourage your congregation to vote according to their conscience because what matters is not the party but the individual. So let the church take a stand, let the church not be docile because decisions of government affect the church.”
Responding, Most Reverend Chimezuo Nwankpa, Archbishop of Port Harcourt Diocese, Methodist Church of Nigeria urged Christians to take active part in politics.
“Methodist Church wants more Christians to join politics. Politics is good, only the players give politics a bad name. We should play politics well and bring the fear of God. Christians must join politics and make its name good.
“I have called on my members to get their PVCs and be ready to vote because I have my own PVC. I will continue to support Christians in politics to do the right thing. What is important to us is the betterment of Rivers State and Nigeria. If there is no peace, we cannot serve God or move freely. I thank you for coming and may God preserve you and see you through.”
The Archbishop and the ministers later prayed for Peterside and wished him well in his endeavours.   [myad]