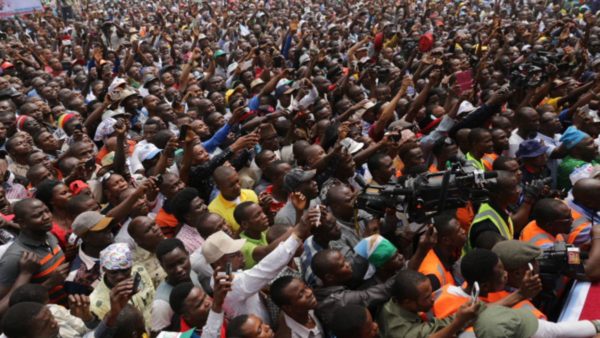 Vice President Yemi Osinbajo has said that one of the very important benefits of the population census scheduled for the 2023, the same year Nigeria will be holding general elections, is the fact that data collected will help to make critical decisions regarding the country’s future.

“This is why we must ensure we have the right data to plan adequately for our people and for the future of our children.”
The Vice President, who inaugurated a donor’s forum ahead of the 2023 Population Census, in Abuja, today, September 8, said that the government is fully committed to investing in the development of the country’s human capital across different sectors, including health, education and nutrition, despite the growing population.
The Vice President, who was represented by the Senior Special Assistant to the President on Media and Publicity, Laolu Akande, said: “as a government, our most important objectives, both nationally and regionally, must be on the improvement of the quality of life, living standards and livelihoods of our people. In other words, we are committed to the happiness, security and general welfare of our populations.”

The Vice President insisted that “we must therefore, adequately capture all the important indices of our great population.”

He said that the government will continue to make crucial investments in the development of the nation’s human capital, especially now when the population of the African continent is growing at an even faster rate when compared to the rest of the world.
“By 2050, Nigeria is projected to have 400 million people. And government must continue to provide quality basic education, nutrition and healthcare for them, improve on security and create more job opportunities for our young people, who currently make up more than half of our country’s population.”
He recalled President Buhari’s speech at the recent National Stakeholders Summit where he described population as a critical factor in a nation’s efforts toward achieving sustainable development. People are both the agents and beneficiaries of the development process. Therefore, the knowledge of the national population in terms of size, distribution and socio-economic characteristics is required for planning purposes.”
professor Osinbajo commended the Commission and its partners for their hard work and dedication in preparations for the 2023 Population and Housing Census (PHC), the Vice President highlighted the Commission’s efforts in this regard.
A special documentary on Nigeria’s 2023 Census journey so far was also screened at the event, while the Secretary to the Government of the Federation, who was represented by the Special Adviser on Policy and Coordination to the President, Dr. Habiba Lawal; Chairman of NPC, Nasiru Kwarra and the UNFPA Resident Representative, Ms. Ulla Mueller, delivered special remarks.