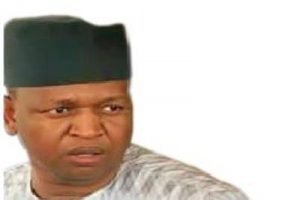 The Nigeria’s Economic and Financial Crime Commission (EFCC) has admitted that it had arrested Alhaji Babalele Abdullahi, a son-in-law to the defeated presidential candidate of the Peoples Democratic Party (PDP), Atiku Abubakar, over an alleged laundering of the sum of €150 Million.

Babalele is also the Finance Director of Atiku’s group of companies.

The EFCC did not however specify how the huge sum was laundered or where it originated and where it terminated.

A source in the commission said: “yes, Babalele is being investigated over alleged case of money laundering and the sum involved is €150 million.

“Let it be known that investigation into the matter is ongoing and we can confirm that Babalele is in our custody. But he will be released soon,” the source hinted today.