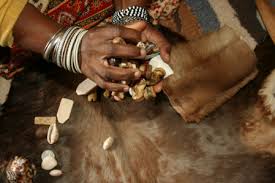 In a media chat on July 23, at Obatala temple in Igbotapa area of Ile-Ife, the herbalist said that the pan-Yoruba group, “Irorun Ile Kaaro-oo-jiire” will explore its spiritual powers to provide adequate security of lives and property of Nigerians.

He expressed concern over what he called “rising insecurity in the country,” adding that no day could pass without reports of kidnapping, banditry, armed robbery and other forms of insecurity.

“Enough is enough. It is high time we moved to address this security challenge bedeviling our country.

“Let me assure that the powers used by our forefathers still remain with us and we are ready to use them to deliver ourselves and our people in Nigeria,” he said.

Dada said that the group would collaborate with other security agencies to tackle the lingering security challenge in the country.

He said that the group had nothing to do with politics or Yoruba nation agitation, but is determined to rise up and fight criminality in the country ‘without the use of gun and cutlasses.

Hassan, a legal practitioner, said that the group would promote the culture and tradition of the Yoruba and ensure the stability of the nation’s democracy.

He called for the support of the Federal Government, South-West governors, royal fathers, philanthropists, traditionalists and other stakeholders for the group to achieve its objectives.

The group’s Director of Protocol, Dr. Adebayo Olusegun, also said that the organization would use spiritual powers to secure the lives and property of the people of Yoruba land and the entire country.

“We will use the spiritual powers to stop crime in Nigeria, because we cannot continue to condone criminality anymore.”

Others, who spoke at the occasion, included the group’s Director, Research and Documentary, Dr. Segun Awogbemi and the Deputy Press Secretary, Adunni Lawal.

They expressed the group’s commitment to rescuing the country from insecurity.