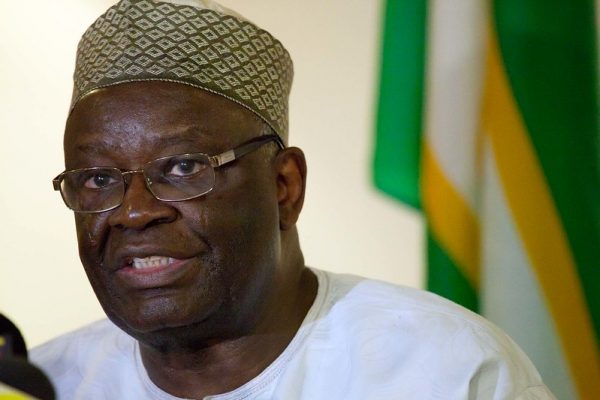 Professor Ibrahim Gambari, Chief of Staff to President Muhammadu Buhari has dropped a hint that nobody can become a Permanent Secretary in the Federal Civil Service of the Federal Republic of Nigeria anymore, unless he or she has a solid ICT background.

”You cannot become a Permanent Secretary in the Federal Civil Service of the Federal Republic of Nigeria anymore, unless you have a solid ICT background.

”The State House is supposed to be an epitome of excellence and that’s why whether it’s the Press Centre, or the ongoing Presidential VIP Wing of State House Clinic, this new Centre is an addition to the standard of excellence expected at the Villa.”

The Chief of Staff said that President Buhari is determined to leave Nigeria better than he met it.

”If everybody does their best to improve on what they find, by the time President Buhari leaves office at the end of his administration, he will leave facilities much better than he found it.”

Professor Gambari said, at the inauguration of the New Ward, housing the Medical Out-Patient Department (MOPD), Dialysis unit, HIV/AIDS unit, among others, at the State House Clinic, commended the significant improvements at the Clinic, saying that the renovated ward would improve the quality of service to staff members and other beneficiaries of the medical centre.

He also lauded President Buhari for enhancing the capacity of State House staff and all Agencies of government to deliver to the best of their abilities.

He said that the Buhari administration is committed to promoting excellence in public service, driven by ICT development.

Earlier in his remarks, the Permanent Secretary, State House, Tijjani Umar, said the training centre would enhance the ability and capacity of staff as well as other users, in the public sector, in service delivery.

The Permanent Secretary recalled that the State House ICT Training Centre was commissioned last year, noting that the management recognises that ICT is the driver of development and a positive workforce.

Umar announced that Galaxy Backbone in collaboration with State House has concluded arrangements for a training session on ICT with all Federal Permanent Secretaries at the newly inaugurated 54-seater auditorium.

At the Clinic, the Permanent Secretary told the Chief of Staff that the medical centre has some of the ”best hands in their various fields” in Abuja and around the country, adding that some of the medical staff can compete with their peers globally.

He commended the medical staff for their dedication and cooperation, adding that the management is on the verge of upgrading an ICT-driven system for the supply of drugs, consumables and everything needed to run the Clinic more effectively.