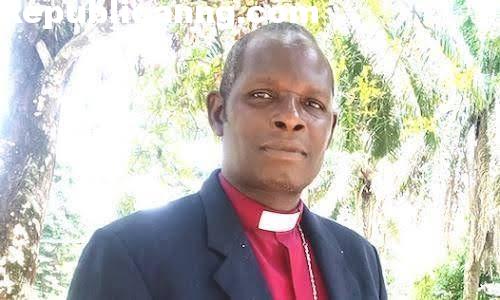 The General Overseer of Sufficient Grace Truth Christian Church, Rehoboth Arena, Okinni, Osun State, Bishop Seun Adeoye has made it clear to officers of the Directorate of State Security (DSS) that they cannot enter holy place like church to arrest suspects.

The cleric who is also the Lead Bishop, Worldwide Anglican Church (WAC) in West Africa said that Churches are dedicated places for serving God and for anyone to invade such holy places and make arrest is the most condemnable act.

The spokesman of World Bishops Council, Africa Chapter in a statement today, July 11 in Osogbo, Osun State, called on President Muhammadu Buhari to call the DSS to order to stop invading churches for arrest.

“Invading such sacred places and carried out such arrest is sacrilegious. It is satanic. It is disturbing because it is against the Bible precept for such arrest to be made inside the Temple.

“Once a man catch hold of the horns of the altar, he becomes a free man. Only the deep understands the deep.

“What has our country turned to? Are we really in a democratic setting or in an authoritarian regime?

“A Church is expected to be a holy and respectful place. Why can’t the so called security agents look for those they wanted elsewhere?

“It is worrisome at how we suddenly woke up and find this country becoming a police state.

“Is it not sad that in a country where security agents cannot fight bandits and terrorists are going after journalists and activists in Churches?

“Who are the infidels leading those security agents? May the fire of the Holy Ghost consume them. May they face the wrath of God.”