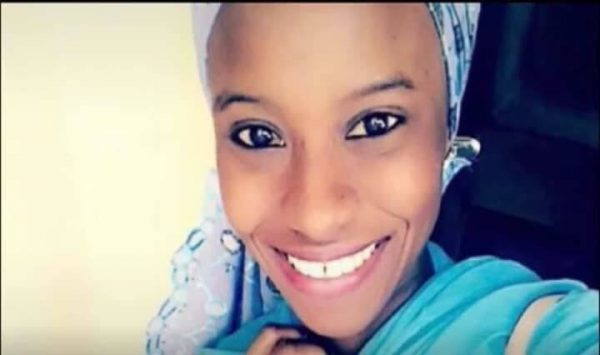 The National Hajj Commission of Nigeria (NAHCON) has announced the hiring of lawyers in Saudi Arabia to compliment efforts of the Nigerian mission in the Kingdom towards securing the timely release of Zainab Habibu Aliyu from detention in Saudi Arabia for alleged drug related offence and her eventual return to Nigeria.

This is even as President Muhammadu Buhari directed the Attorney-General of the Federation and Minister of Justice, Abubakar Malami, to intervene in the case.
In a statement today, Monday, Head of Public Affairs of NAHCON, Fatima Sanda Usara, said that the discovery by officers of the National Drug Law Enforcement Agency (NDLEA) of drug trafficking circle of criminals notorious who used to plant drugs in innocent travelers’ luggage thereby implicating Zainab Aliyu, has given hope for her redemption from incarceration.

The NAHCON spokesperson assured that the agency will continue to work with NDLEA to ensure a drug-incident-free Umrah season and Hajj 2019 period.

“In collaboration with sister agencies, the commission will deploy the necessary staff and technology at Hajj departure centers nationwide to ensure security of pilgrims and their luggage against abuse and drug peddling in any guise.”

This was even as the Senior Special Assistant to the President on Foreign Affairs and Diaspora, Abike Dabiri Erewa, said in a statement today,  Monday: “President Muhammadu Buhari gave the directive immediately the matter was brought to his attention about two weeks ago.
“My office has been working with the AGF as well as the Ministry of Foreign Affairs in that regard,” she said.
The Presidential aide assured that progress is being made in Zainab’s case along with two others held in similar circumstances in Saudi Arabia.
“Zainab, although detained, had not been put on trial by the Saudi Arabia government.
“And with the hard evidence that those who implicated her have been arrested, a strong legal case is being made to the Saudi authorities.”

Zainab Aliyu, a student of Maitama Sule University, Kano, who travelled for Lesser Hajj in December 2018, was detained by the Saudi Arabia authorities for allegedly being in possession of illicit drugs, which could earn her death sentence according to the law of the Kingdom of Saudi Arabia.
Habib Aliyu, the father of the alleged drug courier, Zainab, had appealed to the Federal Government to intervene in her daughter’s case and save the ‘innocent’ lady from being executed wrongly.
Aliyu also called on the Saudi authorities and the international community as well as well-meaning individuals to intervene.
Zainab’s father had expressed displeasure over his daughter’s arrest and detention in a Saudi Prison in spite of the recent discovery that she was framed by some drug cartel.
He had explained that the allegations of Zainab entering the country with Tramadol was absolute falsehood as recent events and arrests had confirmed the girl’s innocence.
Zainab, had travelled from Malam Aminu Kano International Airport in company of her mother, Mrs. Maryam Aliyu, and sister Hajara Aliyu.
She was later arrested over allegations that a luggage, bearing her name tag, contained the unlawful substance.
Zainab who was accused of entering Saudi Arabia with an illegal dose of Tramadol was later discovered to be a victim of a cartel that specialized in keeping hard drugs in travellers’ bags.
According to the statement some members of the drug cartel are already in the custody of the National Drug Law Enforcement Agency.