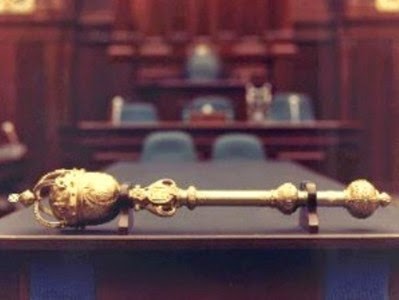 Zamfara State House of Assembly has abolished a law that allowed the payment of pension and other allowances for state’s former governors and their deputies. The law also affects ex-speakers of the house of assembly and their deputies.

The spokesperson of the state’s assembly, Mustapha Jafaru, in a statement today, November 26 in Gusau, the State capital said the bill to stop the payment of such benefits to ex leaders of the state was sponsored by the house leader, Faruk Dosara (PDP Maradun), who urged his collogues to consider the ‘complete repeal’ of the law “which provides the jamboree payment for the former political leaders of the state at the detriment of the retired civil servants who have not been paid their entitlements over the years.”

According to the lawmaker, these categories of past leaders “are collecting over N700 million annually” which he said the present economy cannot accommodate.

After deliberations, the speaker, Nasiru Magarya pushed the process; the bill passed both first and second readings.

Later, the house went for a committee of the whole after which the bill went for a third reading.

The bill will now be sent to the governor for his assent, the spokesman said

The development is coming days after a former governor, Abdul’aziz Yari, in a leaked letter to the state government, requested his N10 million ‘monthly upkeep’, which he said had not been paid for some months.

The media aide to Governor Bello Matawalle, Yusuf Idris, on Tuesday confirmed that Mr Yari had written the request, adding that former governor Yari also sent another letter of reminder demanding the payment two days after the first one.

“With this development, all past political leaders in Zamfara will no longer enjoy any entitlements unless those prescribed by the national revenue mobilisation allocation and fiscal commission,” Jafaru quoted the speaker as saying in the statement.