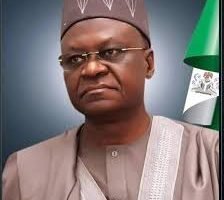 Former Director in the Department of Information in the Federal Capital Territory Administration (FCTA), Alhaji Ibrahim Biu has vouched for the competence of the minister of State for Foreign Affairs, Ambassador Zubairu Dada.

Reacting in a statement today, September 26 to the appointment of Zubairu Dada by President Muhammadu Buhari, the veteran journalist who also worked as editor with defunct New Nigerian Newspapers, said that the minister is a versatile administrator and technocrat who have served meritoriously in various public services in the past.

“Ambassador Zubariu Dada is an experienced civil servant who rose to the post of Permanent Secretary in Niger State before he was nominated by the federal government as Ambassador.”

Ibrahim Biu is sure that with his wealth of knowledge about the public service, the minister would not disappoint the President, even as he cautioned the minister that people would expect much from him as he assumed duty.