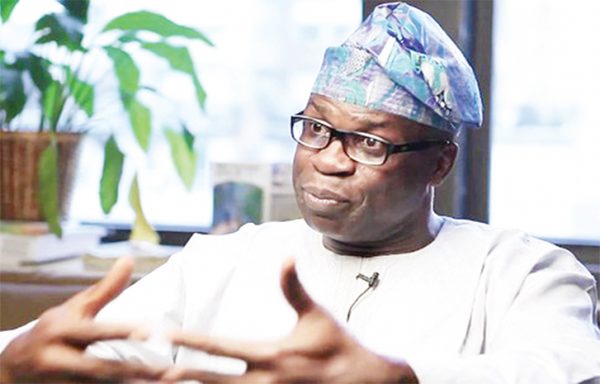 A close political ally of President Muhammadu Buhari, Engineer Rotimi Fashakin, who died on September 24 this year, will be laid to rest on Thursday, October 27 in Lagos.

According to Engr. Joseph Oluwarotimi Fashakin, who today, Ocober 16, released the details of his burial plans on behalf of the family, there will be Service of Songs at Marcelina’s place at 36 Isaac Jones Street,Ikeja Lagos on October 25 at 3.00pm.

The elder of the family said that Funeral Service will take place on October 27 at Foursquare Gospel Church in Anthony Village, Lagos, after which internment will follow immediately.

Late Engr. Fashakin, who was a chieftain of All Progressives Congress and political (APC) as well as the immediate past Executive Director, Operations, at the Nigerian Maritime Administration and Safety Agency (NIMASA) died in the United Kingdom.

Emmanuel Fashakin, the deceased brother had wrote: “With a heavy heart, and profound sorrow, I wish to inform you of the death of our brother, husband, father, Engr Joseph Rotimi Fashakin, MNSE, former Executive Director at NIMASA, at Buckingham, England on Saturday, September 24, 2022. He was 59 years old.

According to family sources, Fashakin was, until his death, studying Law at the University of Buckingham, and was billed to graduate in December.

The late Fashakin was a spokesman of the now defunct Congress for Progressive Change (CPC) – one of the legacy parties of the ruling All Progressives Congress (APC).