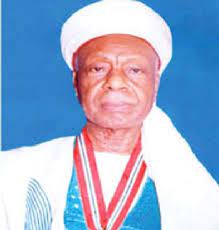 The Sarki Sudan of Wurno, Alhaji Shehu Malami is dead. He was 85 years old.

His death became known from his good friend, President Muhammadu Buhari, who said that “the death of Sokoto Prince and businessman, Dr. Shehu Malami was sad and shocking.”

President Buhari said, in a statement today, December 19, by his spokesman, Malam Garba Shehu, that he was reacting to the news of the demise of the former Sarkin Sudan of Wurno, (a senior title in the Sultanate) reported from Cairo, Egypt where he passed on.

“This is such shocking and sad news. I am absolutely stunned to hear this. It is another reminder of how fragile life is.

“He was a business leader respected globally who believed in this country’s economic prowess. He was an icon of business and industry and a graceful traditionalist.

‘‘His passing is a big loss to the nation. Condolences to his family and friends, the Sultanate and the government and people of Sokoto State. May his soul rest in peace.”

The statement did not indicate the cause of his death, but the 85 years old Shehu Malami has not been feeling strong for sometimes now.