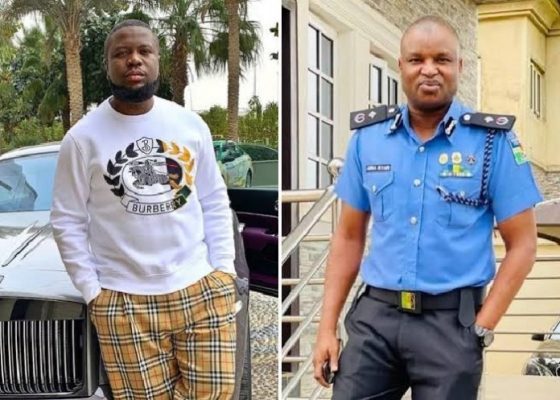 In case you don’t understand why the US government, through the FBI, is looking for our super cop, Abba Kyari, let me break it down in a way that you will understand. So here we go:

Hushpuppi, his friend Kelly Chibuzor Vincent and their yahoo gang defrauded a Qatari citizen to the tune of 1.1 million dollars.

After the deed has been done, Hushpppi sent money to Chibuzor who was living in Abuja as part of his proceeds from the deal.

Hushpuppi out of greed did not pay Chibzor the agreed sum they both agreed before the execution of the job. Feeling cheated, Chibozor contacted the businessman from Qatar and sang like a canary bird that his gang defrauded him.

When Hushpuppi heard what his friend in the yahoo business did, he felt betrayed and was furious. He picked his phone and called his ally and friend, Abba Kyari, he told him what Chibuzor did to him and then requested that the betrayer should be detained at his pleasure for stabbing him in the back.

Immediately Chibuzor was arrested and detained, Abba Kyari sent a message across to Hushpuppi via Whatsapp informing him that Chibzor had been arrested.

“He is now in my cell,” he wrote on WhatsApp. He then sent the picture of the detained Chibuzor at the police cell to Hushpuppi to confirm whether he was the one that betrayed him.

Abbas known as Hushpuppi confirmed yes that the idiot is the one. Abbas sent money to Abba Kyari for doing a good solid job.

After one-month incarceration, God touched Hushpuppi’s heart. He then sent a message to his police ally and friend that Chibuzor should be freed from police detention – a request that was properly complied with by the IRT team headed by Abba Kyari.

Chibizor is today at large as nobody knows his whereabouts but the action Abbas took by reporting to the victim of their fraud in Qatar that they scammed him is one of the reasons that led to the fall of Hushpuppi’s criminal empire.

The Qatari citizen who was scammed made a formal report to the FBI, the FBI team went to action immediately and uncovered the whole heist that implicated our beloved Abba Kyari.

FBI is looking for Abba Kyari for being an accomplice to fraud, nothing more than this. They are not looking for him because Hushpuppi was his younger friend and ally.

In the end, it could be said that Hushpuppi’s greed by not paying his friend Chibuzor the agreed sum and Abba Kyari’s messianic complex with the mindset that he is untouchable because he came from the right part of the country were the hubris that led to the downfall of two beloved friends and historians will always remember this.