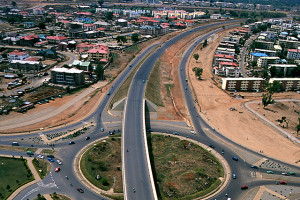 The Nigeria Resilient Cities Network (NRCN) held an intensive one-day interactive workshop in Abuja over the weekend as part of the effort for better planning and management of the Capital and other major cities in the country.
The workshop, which is the second by NRCN, ‎was opened by the FCT Minister, Muhammad Musa Bello,‎ represented by the Director of the Urban and Regional Planning, Zalih’au Ahmed. Also in attendance were representatives of the Ministers of Power, Works and Housing and Environment, as well as the Office of the Head of Service of the Federal Government.
NRCN is domiciled at the Centre for Spatial Information Sciences (CSIS), of the Department of Urban & Regional Planning, Ahmadu Bello University, Zaria, which hosted the maiden workshop in July, 2016, during which the ‘Draft Zaria Declaration on Resilient Cities in Nigeria’ was agreed.
The Abuja workshop had as its theme – ‘Building Capacity for Coordinating Sustainable Growth in Nigerian Cities’ – and ‎was attended by 64 public and private sector delegates ‎representing nine major cities: ‎Katsina, Kano, Kaduna, Bauchi, Minna, Lagos, Enugu, Port Harcourt and host, Abuja.
The keynote address was delivered by the Special Guest, Ms. Liz Agbor-Tabi, Associate Director (Africa) for the international 100 Resilient Cities (100RC) programme of the Rockefeller Foundation in New York and she drew on the experience of 100RC to share with the workshop the fundamentals required to institutionalize urban resilience for better city management. ‎Lagos and Enugu are already adopted 100RC cities.
The NRCN adopted the 100RC definition of Urban Resilience, which is “the capacity of individuals, communities, institutions, businesses, and systems within a city to survive, adapt, and grow no matter what kinds of chronic stresses and acute shocks they experience.”
A communique issued at the end of the workshop by NRCN’s chairman, Prof. Michael Mutter, and its Organizing Secretary,‎ Simon Gusah, said: ‎”Nigerian cities, and indeed Nigeria as a whole, had experienced an economic shock with the fall in oil prices, which has caused the current recession.
“Nigeria’s capacity to not only cope, but adapt to a more diversified economy and thrive through adversity, will require resilience from our people, businesses and government.”
NRCN was set up by the Nigeria Infrastructure Advisory Facility  (NIAF), a programme funded by the British Department for International Development (DFID), to provide continuity for the ‘Effective Cities’ Workstream, as NIAF comes to an end this December after five years of support operations to various State Governments.
NIAF funded both National Workshops, the design and development phase, as well as the registration of NRCN as an NGO.
The Interim Board of Trustees appointed by NIAF to steer the affairs of NRCN through the initial, start-up phase are; Prof Mike Mutter OBE, Interim Chair, Prof Adamu Ahmed, Tpl I.D. Suleiman, Tpl Kabir Yari and Interim Organising Secretary, ‎Simon Gusah.
Presentations at the workshop were made by several stakeholders. ActionAid’s Tasallah Chibok spoke on their ‘Safer Cities for Women and Girls’ initiative, and Professor Charles Inyangete, CEO of Nigeria Mortgage Refinancing Company (NMRC), spoke on ‘Connecting Affordable Housing Finance to the Capital Markets’.
Other presentations included: Dr Abdul Husaini, GM Niger GIS, who updated the meeting about the World Council on City Data (WCCD) data standards for smarter, more resilient cities.
Usman Gumi, CEO of Eco-Challenge, shared with delegates his proposal to the President, Muhammudu Buhari, for a two-data community mobilization campaign to fill pot holes.
The presentations by stakeholders thus cut across civil society advocacy, financial strategies and community-action, demonstrating the breadth of issues in city resilience.
A major talking point at the workshop was the presentation on the need for readily available, standardized data for better planning and management of cities, which emerged from Dr Abdul Husaini’s presentation. The meeting agreed that this should be an urgent priority and focal-point of action for NRCN, going forward.
Other presentations came from the facilitators of NRCN. Prof Mike Mutter shared on the place of regional city planning, using the case study of the FCT Regional Plan, and Prof Adamu Ahmed outlined a framework for Continuous Professional Development (CPD) for city managers, which NRCN will be developing with Ahmadu Bello University, Zaria.
Simon Gusah made a presentation on financing affordable housing, a case study of the proposed ‘Katsina HELP’ initiative (Housing Empowerment Loan Programme).
Kabir Yari, Programme Manager for UN-HABITAT Nigeria, Chaired a panel discussion on the international dimensions of urban resilience, with a focus on the ‘New Urban Agenda’, recently agreed at the Habitat 3 conference in Quito, Ecuador.
The workshop delegates agreed to approve and formalise the ‘Draft Zaria Declaration’ of 14th July, 2016, unchanged, and it has now become the ‘Approved Zaria Declaration’ of 14th November, 2016.
They also pledged to ensure that this laudable, overdue initiative, which seeks to fill the gap in city management in Nigeria, must be sustained and expanded.
It is believed that 2017 will be a pivotal year for NRCN, as it becomes an independent body after NIAF/DFID’s support ceases. [myad]