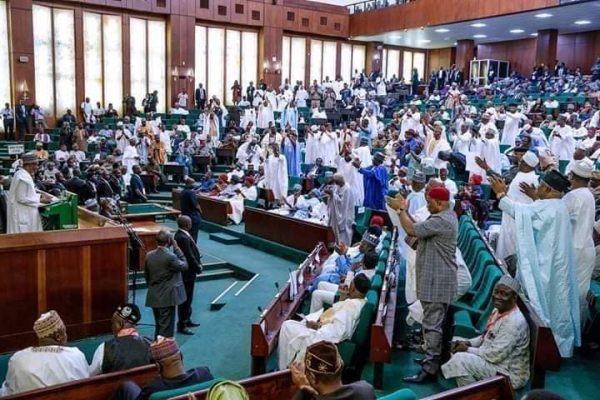 The camps of Senators Ali Ndume and Ahmad Lawan, the two candidates who are probably more rambunctious in the race for senate presidency, reportedly showed their preferences for the voting method in the election of presiding officers when the 9th National Assembly is inaugurated on June 11, 2019.

I used the words “rambunctious” supra instead of “front-line candidates” because there is Senator Danjuma Goje, who is quietly in the race, deploying his characteristic equanimity in the wily politicking for the third highest position in the land. Goje’s camp is making no fuss about voting method.  It is, perhaps, much more concerned about weightier issues.

After all, what is in a voting method to worry any surefooted senator-elect who has done his home-work, secured the support of strategic camps in the Senate, crossed his “ts” and dotted his “is” in the blustery race for the position of President of Senate?  Granted the position attracts all manner of interests and intrigues, if altruism is the principal motivation, nothing really should cause anxiety.

It is thus curious that Ndume and Lawan have made issues out of the voting method to be adopted by the Clerk to the National Assembly (CNA). In the referenced reports supra, as well as in the versions amplified by other mass communication media, Ndume’s camp was said to be clamouring for secret ballot while Lawan’s camp was purportedly desirous of open ballot.

Reasons for these preferences are quite obvious. They can even be better appreciated within the context of the intra-party squabbles created since the national leadership of the governing All Progressives Congress (APC), which is the majority party in the National Assembly, announced it had endorsed Lawan as its candidate for the senate presidency.

The APC apparatchiks had similarly announced Femi Gbajabiamila as the party’s endorsed candidate for the position of Speaker of the House of Representatives. Remarkably, voting method has not engaged the attention or dominated the scheming by those jostling for the positions of presiding officers in the House. Nevertheless, the candidates are really not in a position to impose their individual preference on the chambers during inauguration and voting.

Two important points should be noted at this juncture: First, the voting method to adopt, namely: secret ballot has already been provided for in the standing orders of both chambers, except if the 8th National Assembly amends the specific provision to read open ballot.  Second, the activation of the inauguration is the exclusive preserve of the CNA.  It is specifically the CNA that calls the Senate and the House to order.

Fundamentally, the standing orders of the bicameral legislature are vital summations of the rules guiding or regulating the proceedings of both chambers.  The CNA conducts all the affairs before (receiving the proclamation from the President – Muhammadu Buhari – convening the National Assembly for inauguration) and during the inauguration where election of presiding officers will be conducted.

Presiding officers (Senate President, Deputy Senate President, Speaker and Deputy Speaker) who are elected will be sworn in by the CNA. So, it is not within the powers of members-elect to dictate, vote to select or impose a voting method not already circumscribed in the standing orders. The CNA calls the shots in exercise of powers vested in him, which members-elect covet.

Therefore, in exercise of the powers, no amount of intimidation and sabre-rattling can compel any CNA for that matter to adopt procedures that are alien to the standing orders in the conduct of the inauguration, election and swearing-in of the presiding officers. I do not also think that the incumbent CNA, Mohammed Ataba Sani-Omolori, a brilliant and experienced lawyer will be swayed to circumvent the rules in a dodgy fashion. Sani-Omolori must not only comply with the rules but must also ensure that members-elect act on the floor in full compliance with the rules.

Sani-Omolori has the 2015 precedent, in particular, to follow. His predecessor, Salisu Maikasuwa, resisted overtures from certain quarters in NASS to delay the inauguration by some hours to enable the APC to resolve the issue of endorsement of candidates for the positions of presiding officers at its meeting at the International Conference Centre (ICC), Abuja.

Order 3(3)(e) provides: “When two or more Senators-elect are nominated  and seconded as Senate President, the  election shall be conducted as follows: (i) by electronic voting: or, (ii) voting by secret ballot  which shall be conducted  by the Clerks-at-Table using the list of the Senators-elect of the Senate, who shall each be  given a ballot paper to cast his vote, with the proposers and seconder as Teller.

According to the third step in (iii), “the Clerk of the Senate shall submit the result of the voting to the CNA who shall then declare the Senator-elect who has received the highest number of votes as Senate President-elect. But Order 3(3)(f) provides that: “when more than two Senators-elect are nominated  and seconded to be Senate President, the division shall be conducted  in the manner prescribed  in Order 3(3)(e)(ii) herein and the  Senator-elect who  received the highest number of votes  shall be declared  the Senate President-elect.”

The order further provides that “in the event of two  or more  Senators-elect  receiving  highest  but equal number of votes, the name of the candidate  having  the smallest  number of votes  shall be excluded from subsequent divisions; a further division shall take place.  This voting shall continue until one candidate receives a simple majority of votes of the Senators-elect.  Such person will then be declared Senate President-elect.”

The same procedure supra obtains in the House of Representatives. These are the powers of the CNA as expressly provided in the Standing Orders. Therefore, all eyes are on the CNA to conduct the inauguration in accordance with the national interest, devoid of shenanigans.

·       Ojeifo contributed this piece from Abuja via ojwonderngr@yahoo.com