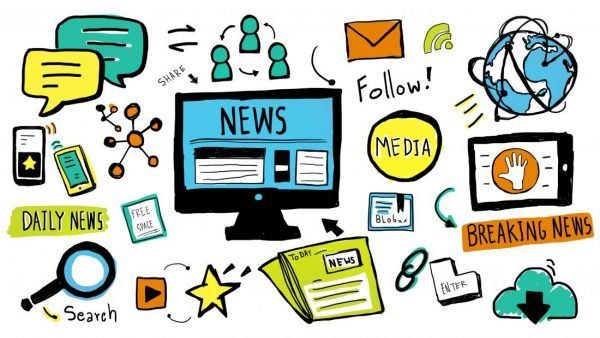 Everyone who remembers the scenario of the viral message that stirred fear among Nigerians in 2020 when the Coronavirus broke out will acknowledge how disinformation or fake news can spread rapidly if unchecked.

It would be recalled that a day after the official report of the first case of coronavirus in Nigeria appeared in the media, a make-up message with a picture of an innocent man, went viral on social media. The message claimed that the taxi man that drove the Italian that was first reported to have the coronavirus had also contracted the virus and was at large, threatening to spread it across the country if his family was not paid N100 million.

Of course, very few could question the authenticity of the viral message and resist the temptation to sharing it. Millions of others circulated the message, for the purpose of helping their loved ones stay safe from what was seen as a highly deadly virus. However, little was known that it was a hoax carefully designed to exploit the emotions of the masses to achieve ulterior motives. Such is one of the terrible examples of the devastating effect of the scourge of misinformation and fake news, no thanks to social media that facilitated it.

As a matter of fact, the challenge of misinformation, disinformation or fake news, whichever way you look at it, is increasingly becoming lethal to world peace and stability in recent times. Yet, there is no known universal antidote to the existential problem, obviously brought about by innovation in digital technologies. It poses a serious threat to humanity and requires an urgent mechanism to counter it.

While nations are evolving various techniques to address the challenge, studies and debates on the best method of containing it are also gaining momentum in recent times. One promising, yet less utilized mechanism for tackling this universal challenge is effective media literacy. This method seeks to empower society and perhaps, individuals to fight the scourge headlong, without necessarily waiting for the regulatory agencies or professional bodies to do it.

The reason why effective media literacy proves very effective in fighting this threat locally things are now far different from what obtained in the past when the power of mass media was the exclusive the preserve of government and media professionals, regulations then proved highly effective. The current stage of technological development has shifted this exclusive power of mass media from hitherto known actors to every individual in society with smart-phones. Hence, individuals are now equipped to generate and disseminate information with the supersonic power of social media. This, of course, has led to a flood of information, much of which is unreliable or even false. Being able to critically evaluate this information is essential in today’s world. Also, in a world where feelings and personal beliefs are more important than facts and evidence, it is crucial that people learn how to think critically about the information they encounter and make decisions based on logic and reason rather than emotion.

As such, a mere regulatory policy without empowering the same individuals who are now actors with enormous power at their fingertips to communicate in the public sphere would prove ineffective and counter-productive.

As communication technology has armed citizens to become actors in the current media landscape, citizens should also be equipped with the necessary skills to create, circulate and consume media content.

What then is media education?

According to US-based Media Literacy Center, defines media literacy as the ability to access, analyze, evaluate, create, and act using all forms of communication. Media literacy is intended to promote awareness of media influence and create an active stance towards both consuming and creating media content.

How then media literacy can be utilized?

As matter of fact, there is no other time media education is direly needed than now. And of course, it should not be seen as a hitherto known mere jingle or annual event, but it should be seen as a must skill for every citizen which in turn translates to a healthy society. Therefore, it should now be integrated into the nation’s academic curriculum and be taught from high school to the tertiary level. It should be made one of the compulsory courses that must be thoroughly taught and passed in our schools and universities before students are unleashed into the wider world at the end of their education pursuits. Also, critical thinking should be an integral component of the media literacy course in our schools, so that at the end of the day, citizens would have been equipped with the skill to decipher what is fake news, hate speech and satire and their implications to them and the society at large.

How media education can be effectively implemented in Nigeria?

Of course, solving the existential challenge posed by the new media is a task that is beyond any government alone. However, the government should set the tone and demonstrate a sincere commitment to tackling the issue from within. The task is beyond any single government agency to approach. For this to have the required momentum and vigour, multiple or inter-agencies harmonization is pertinent. Thus, the ministry of education, ministry of Communications, ministry of information and culture, Nigeria Communication Commission, National Orientation Agency, and of course, the National University Commission, should work in synergy to come up with a comprehensive framework for the teaching of media education. This should not be done in isolation. Other stakeholders such as media, ICT professionals and civil society organizations among others, should be involved in crafting a robust curriculum for media literacy education in Nigeria.

As Nigeria is set to host the 11th edition of the UNESCO Global Media Literacy and Information Week, which will kick off on 24th October 2022, stakeholders should use the opportunity to brainstorm on how to effectively integrate what has been regarded as the 21st century approach to education. By educating people on the importance of media education, you’re arming them to critically evaluate and question every piece of information they consume before believing or sharing it. Effective media education will empower Nigerians to be more aware and engaged global citizens, which will in turn stem the growing tide of the spread of disinformation and fake news in the country.

Adavize, a media professional and researcher wrote in from Abuja, Nigeria, and can be reached via: deenadavize@gmail.com